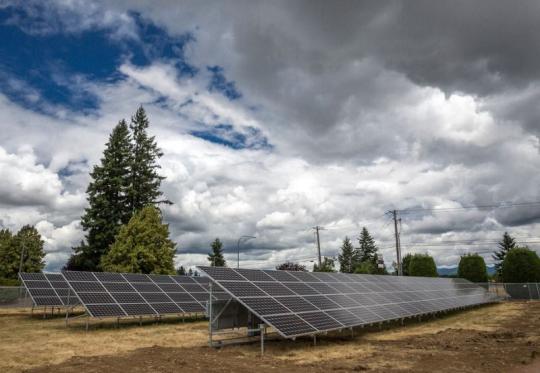 When the Phu Yen Solar Power Plant finally started construction in Vietnam in January last year, many industry experts thought the project could not be completed on time.

It took the general contractor, Shanxi Electric Power Engineering Co Ltd under the China Energy Engineering Group (Energy China), several months to locate a site for the project, which was originally scheduled to kick off construction in September 2018, in the county of Hoa Hoi, Phu Yen Province.

Both environmental protection and project profits were concerns for the company which is located in Shanxi, a coal-rich province of China.

Li Likai, deputy general manager of the engineering contracting branch company under Shanxi Electric Power Engineering Co Ltd, together with his team members, visited local villagers again and again to negotiate issues such as land compensation. They eventually chose a some 250-hectare hilly area with ample sunlight and few inhabitants as the project site.

"Considering the scale of the project and the limited time frame, it was a very challenging undertaking," Li recalled. "During the construction of the project, we paved the main roads for local villages and hired them to work on the project."

Li said more than 2,000 local residents joined in the project during the peak period of construction, which on average brought them over 3,000 yuan (about $419) per person per month.

With the efforts of the team members from countries including China, Vietnam, Thailand, the Philippines and Switzerland, the solar power plant project, with a total installed capacity of 257 megawatts, was successfully connected to the grid for the first time in May last year. It was put into commercial operation the following month.

"Thanks to Energy China's professionalism and expertise, the power plant was able to achieve commercial operation on schedule. It is a really great accomplishment," read the thank-you note from Harald Link, chairman of B.Grimm Power Public Company Limited, the owner of the project in Vietnam. The chairman added that they look forward to a continued successful and prosperous partnership between the two parties.

As a standalone plant, the project is now the largest solar plant in Vietnam, playing a positive role in local economic development and employment, said Li.

After the COVID-19 epidemic broke out in Vietnam, Shanxi Electric Power Engineering Co Ltd sent medical supplies worth 300,000 yuan to Phu Yen to aid its fight against the virus and support the operations of the projects there.

"At present, our photovoltaic project is running normally," said Li.

According to Li, Shanxi Electric Power Engineering Co Ltd is planning a variety of new energy projects including offshore wind power and floating photovoltaic in countries along the Belt and Road (B&R). Data showed that the company signed international contracts worth more than 2 billion yuan between 2018 and 2019.

As an important energy base in China, Shanxi not only has a good foothold in equipment manufacturing, transportation facilities and energy materials, but also has the "late-mover advantage" of new energy technology going global, said Li Guorong, an official with the provincial department of commerce.