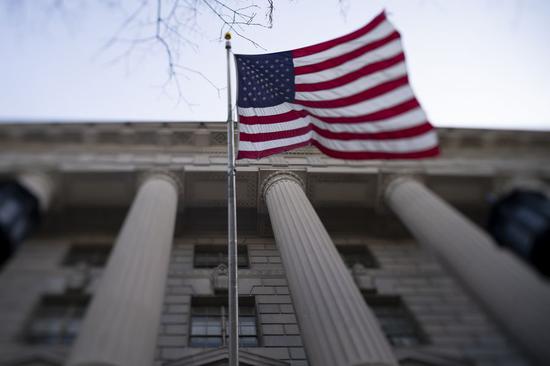 The United States has confirmed over 1 million COVID-19 cases in just some 100 days after it reported the first case on Jan. 21, making itself the new epicenter of the coronavirus pandemic worldwide.

Facing criticism at home, some U.S. politicians have been irresponsibly attacking a certain country and the World Health Organization (WHO), hampering global efforts against the pandemic.

Their actions have drawn questions from around the world, and Washington should provide clear answers.

WHERE DID THE VIRUS IN U.S. ORIGINATE?

The institution was ordered by the CDC to halt research involving biological select agents or toxins last summer. An online petition was later submitted on the White House petition site demanding the U.S. government clarify the shutdown of the institution.

The public is waiting for Washington to provide a clear explanation to the sudden halt and resumption of the research.

According to a report by the CDC in late February, there have been at least 32 million flu illnesses in the country in the 2019-2020 flu season.

On March 11, CDC Director Robert Redfield told a hearing on Capitol Hill that some COVID-19 deaths have been diagnosed as flu-related in the United States.

Washington needs to clarify the number of COVID-19 cases previously diagnosed as the flu, and make public the samples and genetic sequence of the influenza virus in the country.

DID U.S. FAIL TO NOTICE VIRUS TRANSMISSION AT AN EARLY STAGE?

In late April, health authorities of Santa Clara County in California State confirmed that two patients had died of COVID-19 at least three weeks before the first known U.S. death from the virus on Feb. 29.

Jeffrey V. Smith, Santa Clara county executive, told Xinhua that the patients "apparently contracted the illness from community spread. This suggests that the virus was circulating in the Bay Area in January at least, probably earlier."

Neeraj Sood, a professor at the Price School of Public Policy at the University of Southern California, was quoted by the Los Angeles Times as saying that the virus has been in the community for a long time.

"When you start seeing the first death, actually, the number of cases in the population is probably pretty high already," Sood said.

Washington needs to answer if it failed to notice community spread of the virus.

WAS THE U.S. SLOW IN EARLY RESPONSE TO THE PANDEMIC?

According to a report by The Washington Post on April 4, the CDC "learned of a cluster of cases in China on Dec. 31," and the U.S. side received a call from the Chinese side on Jan. 3 warning against the disease.

On Jan. 8, heads of Chinese and U.S. CDCs talked over phone to discuss technological exchanges and cooperation, a detailed timeline of China's response to COVID-19 showed.

On Feb. 16, the China-WHO joint expert team started a nine-day field visit in China. The team consists of 25 experts, including Cliff Lane, a researcher with the U.S. National Institute of Allergy and Infectious Diseases.

The U.S. government, however, repeatedly downplayed the severity of the epidemic to the public at that time. U.S. media reported that the U.S. administration had squandered more than two months' time since it received initial notification on the virus.

Washington needs to explain why it took so long to take action to combat the virus.

The Washington Post said that the U.S. National Security Council had pushed for a travel ban restricting travelers from Italy and other countries in the European Union, but was met with resistance from some officials from the administration.

When the ban was finally issued over a month later, "hundreds of thousands of people crossed the Atlantic during that interval," it said.

A report published on April 11 in The New York Times also revealed that the U.S. government's plan to establish a surveillance system in some cities to measure the spread of the virus was delayed for weeks, leaving officials "with almost no insight into how rapidly the virus was spreading."

In March, Australian Prime Minister Scott Morrison said the United States has been the country of origin for most of COVID-19 cases in his country.

Washington must respond to the concern that the belated and chaotic U.S. response has actually accelerated the spread of the virus to more places around the world.

WHAT IS THE INTENTION BEHIND BUCK-PASSING?

The U.S. government has criticized a so-called lack of transparency from China regarding the information on COVID-19. However, the facts speak otherwise.

The CDC said on its website that Chinese health officials reported cases of acute respiratory illness in persons associated with a seafood and animal market in the city of Wuhan on Dec. 31.

Since Jan. 3, China began to inform the United States of the outbreak and response measures on a regular basis, the timeline of China's response to COVID-19 showed.

On Jan. 24, U.S. President Donald Trump tweeted that China "has been working very hard to contain the coronavirus," and that "the United States greatly appreciates their efforts and transparency."

Anthony Fauci, director of the U.S. National Institute of Allergy and Infectious Diseases, also told a coronavirus briefing in late January that China has been "quite transparent" with the world on the virus.

However, some U.S. politicians have stigmatized China with racist remarks, fabricated lies on China's role in the global fight against the virus, and disrupted global solidarity and cooperation in combatting the disease.

The world needs a clear explanation from Washington on why it chose to pass the buck. Enditem