Lockdown of Wuhan may be gradually lifted 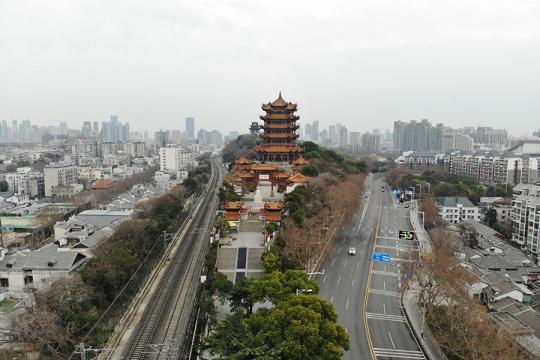 The lockdown of Wuhan, the city hardest-hit by the novel coronavirus in China, could gradually be lifted if no new cases are reported for two consecutive weeks, which may happen in April, a top public health expert said.

However, strict disease control and prevention measures will still be needed to prevent a possible rebound of the outbreak, said Li Lanjuan, a member of the Chinese Academy of Engineering and a senior adviser to the nation's top health authority.

"If no new case of the coronavirus has been reported for 14 consecutive days in Wuhan following the last reported case, we believe it will be the time when the lockdown can gradually be lifted," Li told China Daily in an exclusive interview on Tuesday. "We expect new cases will cease to appear in mid or late March."

With arduous epidemic control measures imposed in Wuhan, the largest city in Central China with a population of more than 11 million, over the past two months, the COVID-19 outbreak in the capital of Hubei province has been greatly contained.

The number of reported new cases of COVID-19 has remained in single digits since March 11, from as high as nearly 4,000 a day at the peak in mid-February, and remained at just one on Monday and Tuesday, according to data released by the National Health Commission on Wednesday.

To contain the outbreak, Wuhan has been locked down since Jan 23, with the suspension of all outbound buses, trains, flights and ferries. All urban public transport has also been suspended.

"After the lockdown is loosened, we still need to strictly carry out routine measures to prevent and control the virus to prevent a possible rebound of the outbreak," Li said.

Continued efforts will be needed to intensify monitoring in communities to find any possible patients, and virus testing should be intensified at all fever clinics so all people displaying fever will receive tests for novel coronavirus, she said.

"If a suspicious case is found, the person must be put under quarantine, to prevent the possibility of an outbreak," Li said.

Despite the greatly reduced number of new COVID-19 patients, there are large numbers of recovered patients and patients still under treatment in Wuhan, and follow-up monitoring of patients discharged from hospitals is also important, Li said.

"All cured patients need to continue isolating themselves for two weeks, so they can be sent to hospitals for treatment again in case they test positive for the virus again," she said.

"In addition to the nucleic acid test, I think patients faeces should also be tested before they are discharged from hospital to make sure they are cured," Li suggested.

With the epidemic under control across China, the country faces an even more severe challenge to prevent and control the virus at its borders due to the global pandemic, Li warned.

"We must take strong and effective measures to prevent cases from being imported by any means, whether flights, trains or cars," she said. "All the people should be isolated for 14 days as long as they are from countries or regions where the outbreak is reported."

With extensive personnel exchanges between China and overseas, effective epidemic control aimed at inbound passengers will be an arduous task, which requires good coordination between different authorities, including customs and health authorities, she said, adding that concrete efforts are needed in all provincial authorities to prevent a second outbreak of the disease in China.

Although the epidemic is spreading globally, Li said other countries with the epidemic can also contain the virus as long as resolute measures are taken.

"With national mobilization we have brought the epidemic under control in just two months through effective identification and isolating the sources of infection," Li said. "I think our experience can help other countries in epidemic control."