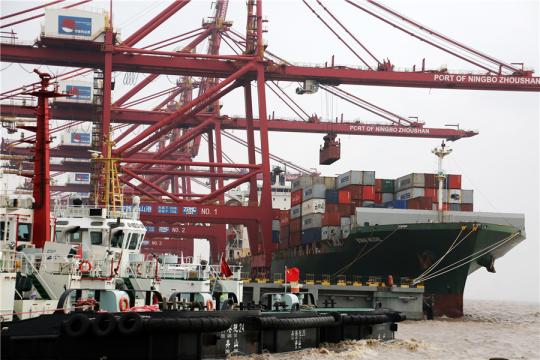 China, together with some other countries, has been removed from the United States' list of "developing "nations and considered as a "developed" country when it comes to international trade, according to a recent notice issued by the Office of the U.S. Trade Representative.

The U.S. also revoked its special preferences for a list of World Trade Organization members, including Brazil, India, Indonesia and South Africa.

The removal of these countries from the U.S.' internal list of developing nations will make it easier for the U.S. to launch an investigation into whether these countries are unfairly subsidizing exports.

Xue Rongjiu, deputy director of the Beijing-based China Society for WTO Studies, said the U.S. announcement has undermined the authority of the multilateral trading system.

"Such unilateralist and protectionist actions have harmed the interests of China and other WTO members," Xue said.

"China has always firmly defended the multilateral system. Its trade and economic ties with partners of both developed economies and developing countries has proved that multilateral negotiation mechanism is effective, and it has boosted the world's economic growth."

In the notice issued on Feb 10, the USTR said it revised the developing country methodology for investigations on countervailing duty, a duty imposed on imports, because the country's previous guidance－which dates back to 1998－"is now obsolete".

To update its internal list, the USTR said it has taken into consideration several economic and trade factors, such as the level of economic development of a country and a country's share of world trade.

For instance, the USTR considers countries with a share of 0.5 percent or more of world trade to be "developed" countries. According to the 1998 rule, the threshold was 2 percent or more.

It has also not considered "social development indicators such as infant mortality rate, adult illiteracy rate and life expectancy at birth" as a basis for changing the designation.

Tu Xinquan, dean of the China Institute for World Trade Organization Studies at the University of International Business, said the WTO rules and mechanisms should further be improved as many emerging economies understand and utilize the rules differently. This cannot be addressed in the current negotiation mechanisms.

"As a major emerging country, China needs to stress the developed nations' issues of concern and remain flexible in various talks," he said.

It must focus on offering generally applicable rules for different countries while allowing none of the members to damage the system, he added.