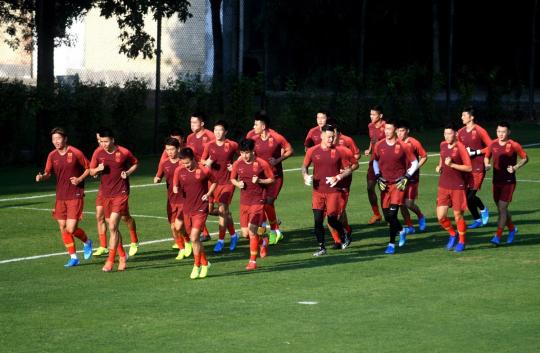 The Chinese Football Association is determined to make Chinese soccer leagues more professional, as the nation's governing body for the sport is busy developing new policies ahead of the 2020 season.

The CFA had a "policy clarification" meeting with representatives of Chinese Super League clubs on Wednesday in Beijing.

Many details of the new policies, which will include salary caps, youth training, player transfers and registration, are yet to be released. But the CFA has made it clear the aim is to ensure the healthy and sustainable development of Chinese soccer leagues.

The new regulation on player salaries has attracted the most attention. The CFA will install an annual salary cap of 10 million yuan ($1.43 million) for Chinese players in professional leagues, Xinhua News Agency reported. Players selected for the national squad will have an annual cap of 12 million yuan. The policy is meant to regulate contracts that were signed after Nov 20.

A strict salary cap is seen as a way to make Chinese clubs healthier financially and encourage more Chinese to gain experience in high-quality leagues abroad. Wu Lei, playing for Espanyol in La Liga, is the only Chinese playing in a top European league. Fans blame the high salaries and less competitive environment at home for weakening Chinese players' willingness to compete in foreign leagues.

CFA officials said during the meeting that Chinese soccer should learn from Japan and South Korea to improve soccer management and teams' competitiveness. The CFA also said it would establish a joint working group for policymaking and refining details of the new policy.

"The purpose of making new policies is to ensure the healthy growth of our professional leagues and keep them energetic," said Dong Zheng, leader of the working group. "We are working to give our clubs healthier finances and facilitate the growth of young players.

"We hope to reach an agreement with our clubs and achieve the goal together. This is not like ordering our clubs to do something. We are collecting opinions from clubs, and we now have a general direction for our policy."

Other policies the CFA is working on include youth training and giving young players more playing time in professional leagues. The CFA also would help Chinese clubs eliminate the use of company identifiers in their names.

"Many policy details and how to execute them are not determined," Dong added. "The next step is to work out the details with club representatives and other organizations as a joint working team.

"We are facing a tight schedule with the new season approaching. Clubs can make preparations based on the general direction of our policy, and we will release the details as soon as possible."