Civil servant wannabes test skills in exam; 1 in 60 will stand out 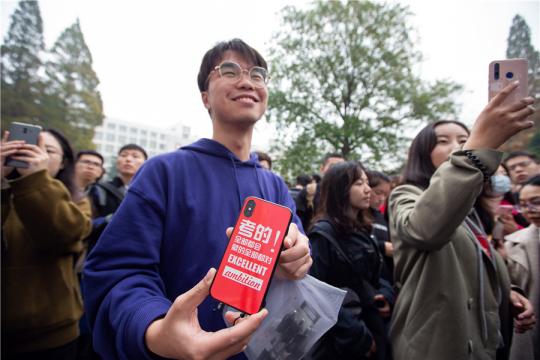 The national civil servant exam was held on Sunday, with 1.43 million candidates qualified to take part in China's second-biggest exam, behind only the national college entrance examination.

They sat for two separate tests, assessing their level of comprehension, understanding of mathematics, and reasoning and judgment.

The State Administration of Civil Service said last month that 24,128 civil servants will be recruited for 86 central agencies and 23 subsidiary institutions, up nearly 66 percent from 14,537 vacancies last year.

Candidates who pass the written exam and an interview will be admitted to the civil service next year.

Competition for positions remains tough, with the average admission rate around 60:1, according to the administration. Last year, it was 95:1.

Li Manqing, a teacher at Huatu, a company based in Beijing that offers training courses to civil servant exam applicants, told news website the ThePaper.cn on Sunday that even though about 10,000 extra positions were being offered this year, landing a civil service job remained difficult because additional qualifications such as grassroots work experience or professional skills were also required.

"Compared with the positions offered by companies, being a civil servant is a rather stable job, especially for young women, because the sound welfare system means their career prospects won't be greatly influenced by marriage or having a baby," she said.

"I was upset at first," she said. "Thankfully, I found a new job earlier this year and have had time to think about the failure. Maybe I will join the exam next year."

An exam discipline guideline released by the administration on Oct 14 said candidates who registered under a false name or cheated during the exam would be in breach of discipline requirements.

They could have been stripped of their qualification to sit for this year's exam or even barred from taking it for five years. Those guilty of serious misconduct could even be banned for life.

Further, even very minor cases of misconduct would be taken into consideration during a candidate's admission interview, according to the guideline.

This year is the ninth consecutive year that the number of people registered for the exam has topped 1 million.