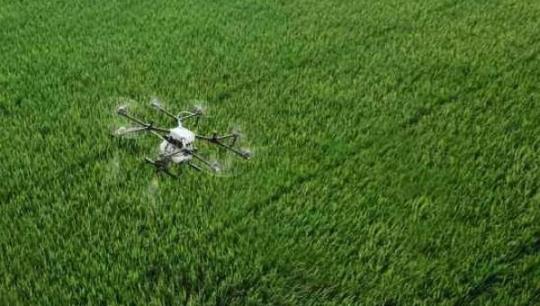 China will have another harvest of grains provided there are no major natural disasters this autumn, said an agriculture official, as the country's grain output last year reached 657.89 million tons, almost 6 times that of 1949.

The general situation for grain production remains positive across the country, showing a trend of increasing production, except for draughts and floods in some areas, said an official with the Ministry of Agriculture and Rural Affairs.

China has already reaped a harvest of summer grains and early season rice, and farmers started to harvest in some places, said the official, and a bumper harvest is expected if no disasters like typhoons or chilly winds occur.

In 70 years, China's grain production has stepped up to a new level, changing from a shortage of grain supply in general to a basic balance of supply and demand.

The per capita grain possession was 209 kilograms in 1949 and more than 470 kilograms in 2018, higher than the world average level.

In 70 years, agricultural science and technology, such as water-saving irrigation and plastic film mulching, have been widely promoted and contributed much to agricultural production. The contribution rate reached 58.3 percent in 2018.

At present, the utilization rates of pesticides and fertilizers hit 38.8 percent and 37.8 percent, respectively, in planting rice, wheat and corn.