Island told to 'take its hands off' Hong Kong 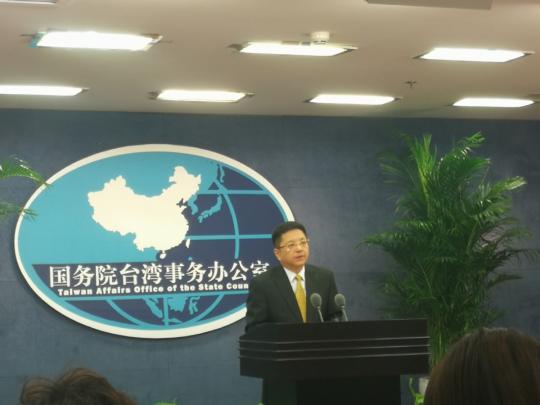 Ma Xiaoguang, a spokesperson for the Taiwan Affairs Office of the State Council. (Photo/chinadaily.com.cn)

"We once again solemnly warn the DPP authority to immediately take its hands off Hong Kong, and stop meddling in Hong Kong affairs, conniving with and sheltering violent radicals and undermining relations across the Taiwan Straits," said Ma Xiaoguang, a spokesman with the State Council Taiwan Affairs Office.

"The DPP authority has played an extremely disgraceful role in the recent situation in Hong Kong," he said.

The DPP has stirred up trouble, fueled the flames and colluded with separatist elements advocating "Hong Kong independence" in an attempt to push Hong Kong into chaos and undermine "one country, two systems", Ma said.

In addition, it has incessantly taken the opportunity to attack and slander the mainland and create an "anti-China" atmosphere so as to gain electoral benefits, he added.

"If these two forces are allowed to merge, it will not only be detrimental to Hong Kong, but also to Taiwan," he said.

Separately, Ma confirmed that Lee Meng-chu, an adviser for a township in Taiwan, has been detained by the mainland on suspicion of engaging in criminal activity harmful to national security and is now under investigation.