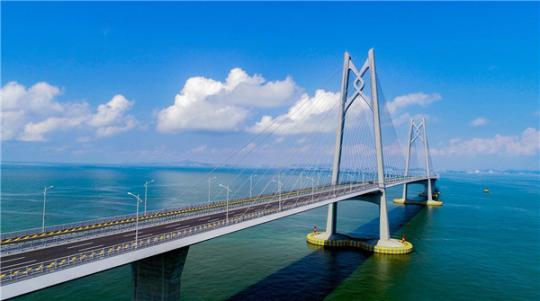 Editor's Note: On Feb 18, the Central Committee of the Communist Party of China, and the State Council, China's Cabinet, jointly issued an outline of the development plan for the Guangdong-Hong Kong-Macao Greater Bay Area, elevating the area's development to the level of national strategy. A Liaowang Institute article comments:

The Greater Bay Area, comprising nine cities in the Pearl River Delta region as well as the Hong Kong and Macao special administrative regions, has promoted mutually complementary development since the launch of reform and opening-up. In the early years of reform and opening-up, Hong Kong played a very important role in introducing capital, advanced technologies and managerial expertise to the Chinese mainland to help the latter build an export-oriented economy.

And the recent guidance of the State Council on supporting Shenzhen in building a demonstration pilot zone for socialism with Chinese characteristics will further boost the development of the GBA.

Data show that even after four decades of reform and opening-up, Hong Kong remains the top transit destination for Chinese enterprises to invest overseas and for mainland-bound foreign investment.

From a cultural perspective, Guangdong and Hong Kong share the same roots. So despite the "one country, two systems" and three customs territories in the GBA, the cultural homogeneity will provide a good basis for the area's development compared with other bay areas across the world.

Hong Kong is an international financial hub with a full-fledged modern service industry. But compared with the New York, Tokyo or San Francisco bay areas, where services account for more than 80 percent of GDP, the Guangdong-Hong Kong-Macao GBA has a much lower service output. Therefore, Hong Kong should give full play to its advantages to propel modern services.

Hong Kong was ranked third by Forbes magazine in January among 161 countries and regions for "ease of doing business", which makes it an ideal investment and business dispute coordinating center for building the GBA and promoting the China-proposed Belt and Road Initiative.