Suspect extradited to China from Brazil for the first time 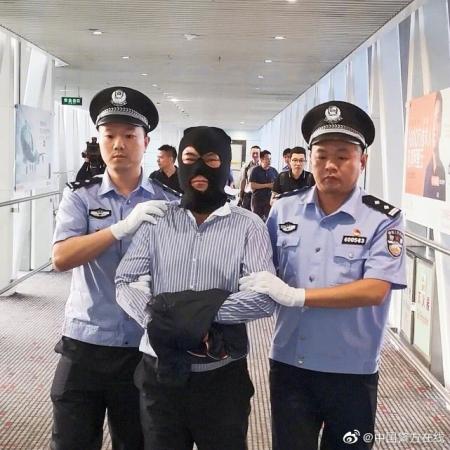 A suspect surnamed Huang is escorted by Chinese police on Aug 17, 2019. [Photo/China Plus]

A suspect involved in gang-related crimes was extradited to China from the Brazilian city of Sao Paulo on Saturday, the first ever delivery of a Chinese suspect from Brazil.

The suspect, whose surname is Huang, was a former mafia-like gang leader charged with crimes including organizing racketeering and gambling, carrying out illegal detentions and bullying locals in Nan'an city, Fujian province, since 2009, said a statement issued by China's Ministry of Public Security.

Huang escaped an arrest in August, 2010, and absconded to Brazil, where the fugitive on Interpol's red notice list was caught by local police in August, 2018.

This past June, Brazil's Supreme Federal Court agreed to extradite the suspect.

Escorted by Chinese police, Huang flew back to China on Saturday.

China has been enhancing international cooperation and continuing to hunt for fugitives who flee abroad.