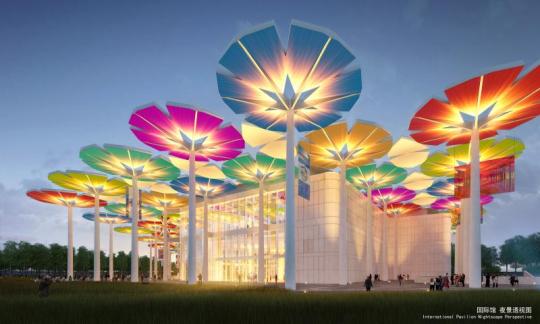 The expo park, covering 503 hectares, is located at the foot of the Great Wall of China in the capital's Yanqing district. (Photo provided to China Daily)

President Xi Jinping will deliver a speech at the opening ceremony of the Beijing 2019 International Horticultural Exhibition on Sunday, a top expo organizer said.

Before the opening ceremony, Xi will tour the China Pavilion with leaders from other countries, Gao Yan, executive director of the expo's executive committee, said at a news conference on Wednesday.

Nearly 900 people, including foreign leaders and special envoys from 11 countries, international exhibitors, horticulture experts and journalists from home and abroad will attend the ceremony, said Gao, who is also chairwoman of the China Council for the Promotion of International Trade.

The expo park, covering 503 hectares, is located at the foot of the Great Wall of China in the capital's Yanqing district. The expo will display the latest achievements in floriculture and fruit and vegetable production worldwide.

The 162-day event will open on Monday and is expected to see some 16 million visitors, including members of the public.

As an A1-level expo, the highest rank, the Beijing 2019 expo plans a wide range of activities and up to 15 events per day.

"The scale of the coming expo and number of exhibitors will hit a record high for A1-level international horticultural expos," she said.

The construction and interiors of the main pavilions at the expo park have been completed, said Wang Hong, deputy mayor of Beijing. Shrubs and flowers have been planted outside Guirui Theater and Yongning Pavilion, two iconic spots being used for the expo.

Beijing has arranged for additional public transportation services, and 11 temporary parking lots have been built to accommodate over 20,000 cars.

An ecotourism belt is to be built along the Great Wall, reaching as far as Zhangjiakou, Hebei province, the co-host of the Beijing 2022 Winter Olympics.

Wang said that after the exhibition, the park is scheduled to become a world-class cultural area to display the latest regional achievements in ecological development and floriculture technologies.

"Maintaining the biodiversity and sustainability of the greenery during the exhibition also is a key point to consider during the preparations," Jiang said.

This is the second time China has hosted an A1-level horticulture expo, following the event hosted in 1999 by Kunming, Yunnan province.