Troops save lives on 'roof of the world' 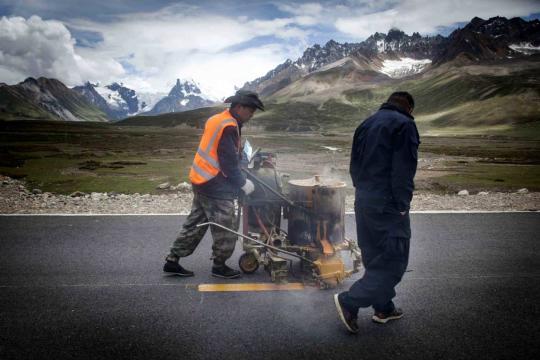 Editor's note: This is the third in a series of stories about the Tibet autonomous region, focusing on the area's history, the cultural and business sectors and poverty alleviation measures.

Imagine driving along a narrow mountain road where one side is a wall of rocks that could tumble down at any minute and the other is a steep drop into a deep, fast-flowing river.

The unfenced road, rugged, mud-slicked and about 2,000 meters above sea level, only allows one car to pass at a time and when drivers tackle hairpin bends, they cannot see any ground, just a broad expanse of sky.

This is not an imaginary scenario; until relatively recently, it was the terrifying reality along a 20-kilometer section of road linking Bomi county and Bayi township in Nyingchi city in the southeast of the Tibet autonomous region, often known as "the roof of the world".