Sky is the limit for drone racing events 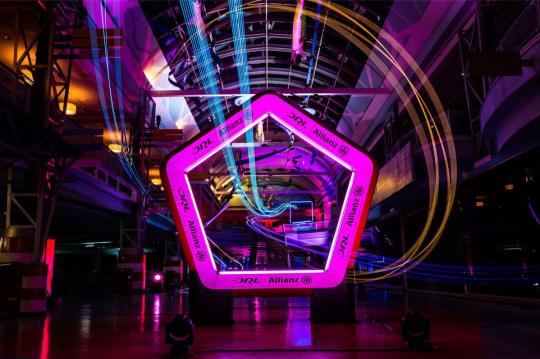 Imagine a drone going from zero to 100 kilometers per hour in less than two seconds and flying at speeds of up to 220 km/h around a futuristic multidimensional track with neon obstacles. This is not a dream, but the reality of drone racing, a new sport favored by young players.

Combining the thrill of Star Wars' pod-racing and Formula 1, the Drone Racing League, the global professional circuit for drone racing, brings the fun and fierce competition of the futuristic sport to millions of fans in China via online video streaming platform Youku.

Drones have been revolutionizing the entertainment industry through aerial photography and cinematography, and they are now becoming a source of entertainment themselves with drone racing, said Nicholas Horbaczewski, CEO and founder of DRL, in an exclusive interview with China Daily.

"We take the most elite pilots and put them head-to-head on video game inspired 3D courses that travel through iconic locations like palaces, museums and stadiums," said Horbaczewski.