Pioneering director of Dunhuang site to take over 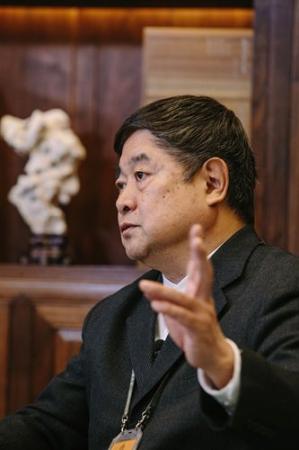 The retirement of Shan Jixiang, curator of Beijing's Palace Museum, has saddened Chinese society, with many paying tribute his contribution in bringing the 600-year-old museum alive and pulling ordinary people closer to China's ancient heritage.

Shan, 65, director and curator of the Forbidden City, retired on Monday, and Wang Xudong, former director of the Dunhuang Academy, has been appointed Shan's successor, the Beijing Youth Daily reported Monday.

Shan also injected new vitality into Chinese cultural heritage by launching a series of cultural creative products, making the Palace Museum one of the top earners in the domestic cultural and creative industry, Li Mingde, former secretary general of the Beijing Tourism Society, told the Global Times on Monday.

The topic hashtagged "Shan Jixiang, curator of Palace Museum, retires," received 140 million hits on Sina Weibo, China's Twitter-like platform as of press time, with many expressing their thanks for Shan's contribution to the world-renowned cultural heritage site.

"Shan said that being curator of the Palace Museum means taking more risks, and most of his predecessors terms' indeed ended in failure, but he managed to break the spell," Wen Yi, a Beijing-based public servant said. "He is the first curator in China to make cultural relics come alive."

Many netizens expressed their full confidence in the ability of the successor as Wang has devoted himself to the preservation of the Buddhist cave murals of Dunhuang, in Gansu Province, since 1991. He has been director of the Dunhuang site since 2015.

Wang is hailed by insiders as an expert in international cooperation and digitalization of cultural relics.

In a previous interview with the Global Times, Wang emphasized the importance of cooperating with other countries and regions for Dunhuang studies in China. Wang said that he believes studying the cultural treasures of Dunhuang is sure to help people understand the connections between different cultures that existed then.

"International cooperation is a universal trend among museums worldwide, and the Palace Museum, under the new curator's guidance, may make more Chinese treasures shine on the world stage and bring in more foreign exhibitions," said Ma Yong, a research fellow at the Institute of Modern History, Chinese Academy of Social sciences.

Wang is a pioneer that has taken advantage of digital technology to aid in the protection of China's antiquities and heritage sites.

Among the more than 500 Dunhuang grottoes, at least 180 caves have been digitalized, accounting for nearly one-third of the total. More than 30 caves can be observed worldwide through real-time video feeds featuring bilingual digital resources, according to news portal The Paper.

"The Palace Museum signed a cooperation agreement on the introduction of 5G with Chinese telecommunication giant Huawei in March, which will offer more possibilities for Wang to digitalize the museum and bring high-tech experiences to visitors," Ma noted.