Sports envisioned as a pillar of the economy 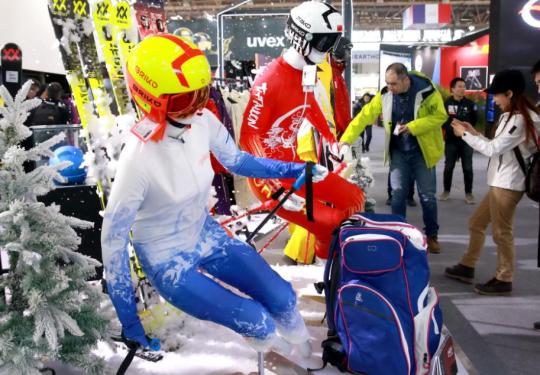 With increasing numbers of Chinese embracing sports as a way of life, some top advisers have pinned their hopes on sports-related consumption as a new pillar of economic growth.

From sweat-soaked runners jostling in marathon races in major cities to excited fans roaring in support of their home teams at professional basketball games and soccer matches, sports participation is on the rise in China, driving the burgeoning sports industry to its current position as one of the fastest-growing sectors in the country.

"The sports industry has been gaining momentum in recent years, thanks to the increasing number of regular participants in all kinds activities," said Li Yingchuan, a CPPCC member and vice-minister of the General Administration of Sport of China, the nation's governing body for sports.

"This helps open up new business opportunities in the market. Greater public demand for versatile sports services and entertainment, especially in urban areas, will help diversify business models in the market," he said during a panel discussion at the recently concluded two sessions.

The National Bureau of Statistics reported in January that sports-related businesses in China generated 781.1 billion yuan ($116.4 billion) in added value in 2017－up 20.6 percent from 2016－contributing to the total industry scale of 2.2 trillion yuan at the end of 2017. That was 15.7 percent higher than in 2016.

The data cover 11 categories of sports-related business, including the manufacture of sporting goods, sports competitions, fitness and leisure activities and sports media.

Despite the high growth rate, which is outpacing GDP growth, Zhang Jian, a member of the CPPCC's sports panel, said the impressive numbers should be seen with perspective.

"As the second-largest economy in the world, we are not yet a strong sports nation. The contribution of the sports industry to our overall economic growth remains modest," said Zhang, who is also director of the School of Sports Sociology at Beijing Sport University.

Compared with major sports powers, such as the United States, sports play a less important role for Chinese people, particularly for entertainment and social purposes, leaving untapped potential in the service sector.

According to an analysis released by Plunkett Research, the sports sector accounted for roughly 3 percent of GDP in the US in 2017 and was one of the 10 industries that contributed most.

Still dominated by traditional manufacturing businesses, the structure of China's sports industry should be diversified, with consumption tilted toward intangible products and services such as fitness guidance, ticketing for professional leagues, club merchandising and game-day spending at venues, experts said.

"The business around competitive sports entertainment, such as those built around the NBA or the English Premier League, is supposed to be the core of the sports industry. That's the next frontier of the sector in China," said Huang Haiyan, a sports industry professor at Shanghai University of Sport.

Manufacturing of sporting goods and related items was responsible for the lion's share of 61.4 percent of the sector's overall output in 2017, reaching over 1.35 trillion yuan, while the other nine categories (excluding sports facility construction) accounted for 36 percent.