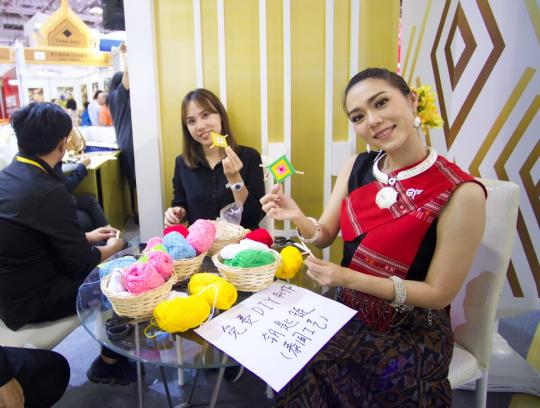 As soon as 25-year-old Jin Xiang landed a job at a Chinese steel factory in Thailand's eastern Chonburi province, he knew he would be playing a role in propelling the Belt and Road Initiative forward in Thailand's Eastern Economic Corridor.

"When I arrived in Chonburi six months ago, I can say that Thailand's steel lathing industry was still lagging behind, compared to that of China," he said. "It was the right decision to move to Thailand."

According to the EEC Labor Administration, the fourth quarter of 2018 saw an extra 2,000 skilled Chinese workers flowing into the EEC region, covering Rayong, Chonburi and Chachoengsao provinces.

The Board of Investment statistics indicates that more than 80 Chinese companies had set up manufacturing facilities, research centers, and operational hubs at the Thai-Chinese Industrial Zone in Rayong Province before the end of 2016, with a total investment of $30 billion.

With the increasing number of foreign workers filling up job vacancies in the EEC region, a one-stop service center at the EEC Labor Administration has been established to expedite the process of issuing work permit visas.

Pirote Chotikrasatien, inspector of the Department of Employment from the Ministry of Labor, told Xinhua that as long as a foreign worker can supply rightful documents including a guarantee letter from a BOI registered company and proper health documents, the applicant will be granted a work permit visa in less than three days.

"Since late 2016, there has been a growing number of skilled workers coming from China," said Pirote. "We did not have a one-stop service then to facilitate visa process. But today, if a foreign worker has all the documents ready, it will not take more than three days."

"Not only that, a foreign worker can also apply for visas for family members to live in Thailand," he added.

The Thai government is hoping to tap into China's technological support and experience in managing large infrastructure projects.

Currently, a Chinese high-speed railway under the Belt and Road Initiative is under construction. It will be the kingdom's first high-speed railway that will link Thailand with Laos and Kunming in China's southern Yunnan province, while Thailand's second high-speed train will link Bangkok with the EEC, a project noted by Thai officials that would contribute to the integration of the EEC with the China-proposed Belt and Road Initiative.

Thai Prime Minister Prayut Chan-o-cha said the high-speed train is an example of connectivity that fits the Thailand 4.0 economic model.