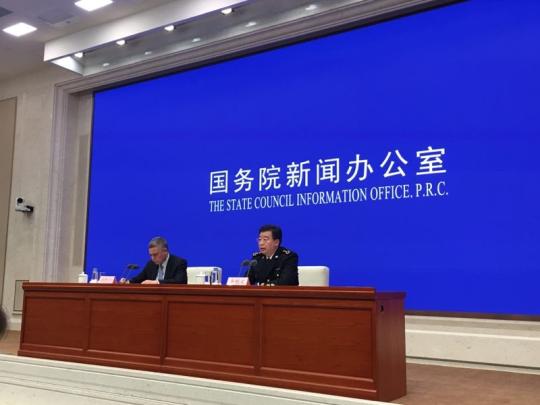 Li Kuiwen (right), spokesperson of the General Administration of Customs, briefs the media at a news conference of the State Council Information Office on Jan. 14, 2019. (Photo provided to chinadaily.com.cn)