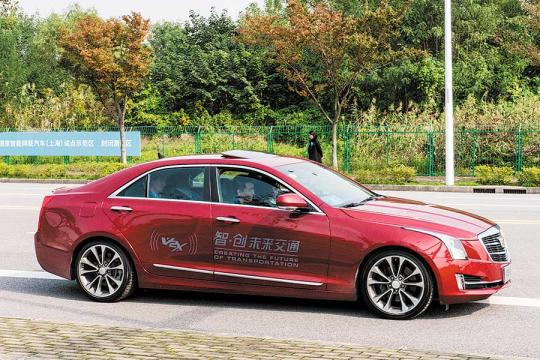 China has set an ambitious goal for a third of new cars sold in 2020 to have connectivity and self-driving features in an effort to fuel fast-evolving changes in the automotive industry.

By 2020, at least 30 percent of new vehicles will feature advanced driving assist systems that are classified as Level 2 autonomous driving, according to an action plan the Ministry of Industry and Information Technology issued in late December.

Level 2, in the six-level framework defined by the Society of Automotive Engineers, refers to basic autonomous functions such as cruise control, lane centering and semi-automatic parking.

In the plan, the ministry also expected large-scale use of highly autonomous driving vehicles in specific scenarios by the end of the decade. At least 60 percent of new vehicles will have onboard connectivity in the same period.

After 2020, China hopes to have built a system for smart and connected vehicles, covering aspects from technology and standards to infrastructure and service, thus paving the way for gradual commercialized use of highly autonomous driving and the 5G-V2X wireless communication technology.

The 5G-V2X, built on the 5th-generation cellular network, allows high-bandwidth, low-latency, high-reliability communications of vehicles to other vehicles, infrastructure and pedestrians.

The ministry said China is on the fast track in terms of smart and connected vehicles, with an expanding scale and increasing innovations, but it admitted that core technological breakthroughs are yet to be achieved and more legislation needs to be put in place.

"We drafted the action plan to further boost the sector's continuously healthy development, which will guide us to realize the goals phase by phase," said the ministry.

According to the plan, China is expected to have built a technological system capable of autonomous driving at Level 3 and above and developed abilities in integrating and using reliable software and hardware by the end of the decade.

It would complete the sets of standards for testing smart and connected cars and data sharing, both of which are crucial for the development and deployment of such vehicles.