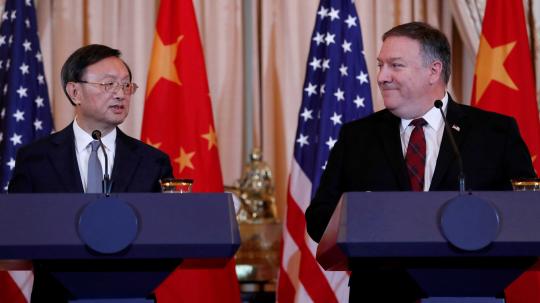 The upcoming summit between Chinese President Xi Jinping and US President Donald Trump has great significance, senior Chinese diplomat Yang Jiechi told US diplomats and defense chiefs in Washington on Friday, calling on efforts to realize positive outcomes of the meeting.

Yang said the two sides should work on communication and collaboration, paving the way for the meeting that is expected to take place on the sidelines of the G20 summit at the end of November in Argentina.

Yang, a member of the Political Bureau of the Communist Party of China (CPC) Central Committee and also director of the Office of the Foreign Affairs Commission of the CPC Central Committee, made the comments at a joint press conference with US Secretary of State Mike Pompeo and US Secretary of Defense James Mattis after the second China-US Diplomatic and Security Dialogue.

The high-level talks were postponed amid rising tensions over trade, the South China Sea and Taiwan. 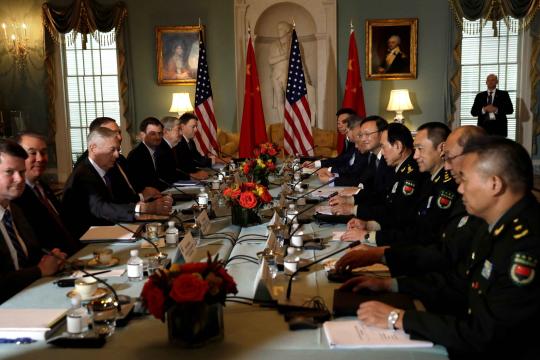 China and US diplomats and defense chiefs meet in Washington, DC, for the second round of the China-US Diplomatic and Security Dialogue, November 9, 2018. /Reuters Photo

Yang said China and the US are the world's largest economies and share broad common interests, and the two sides should work on narrowing differences and disagreement and expanding cooperation and building consensus and mutual trust.

China-US trade and economic relations are "critical to the world economy," he said. While there are differences, "these issues can be resolved through dialogue and consultation. A trade war, instead of leading to any solution, will only end up hurting both sides and the global economy."

On his side, Pompeo said the US is not pursuing a Cold War or containment policy with respect to China. Even as the United States and China confront difficult challenges, "cooperation remains essential on many issues," he said, citing efforts to persuade Pyongyang to abandon its nuclear program.