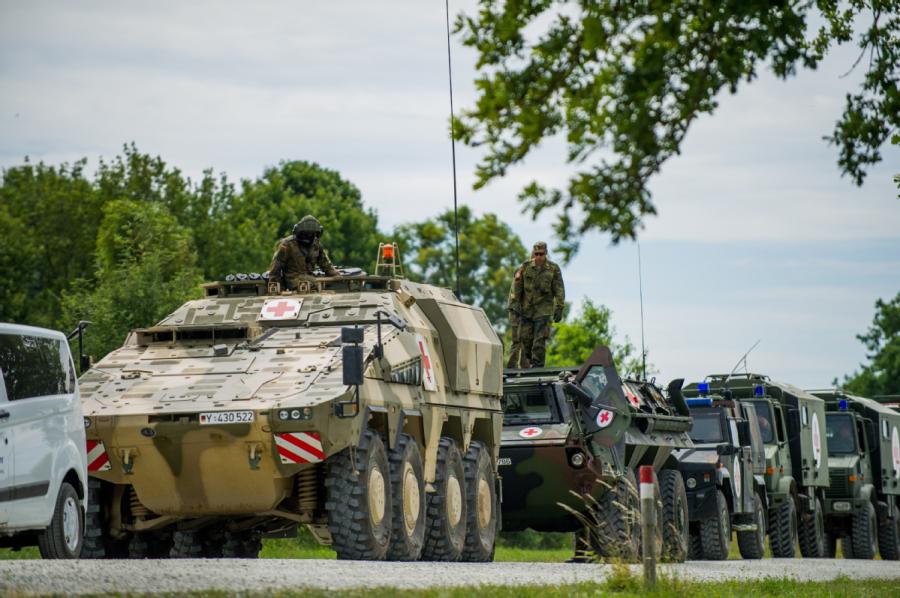 "Combined Aid 2019" takes place at the Bezirk Feldkirchen training base in Germany on July 5. (Photo/Xinhua)

The Chinese and German armed forces are holding a joint exercise on medical support that began on July 3 and will last until July 17 in Germany, in an effort to improve coordination in conducting international humanitarian medical missions.

The drill, dubbed "Combined Aid 2019", is the first-time a full unit of paramedical forces of the People's Liberation Army has visited Europe with real combat gear for a joint exercise, according to the health bureau under the logistic support department of China's Central Military Commission.

Most of the 91-strong Chinese delegation have had experience in major medical missions such as international peacekeeping, flood emergency rescue and earthquake relief, according to Xinhua News Agency. 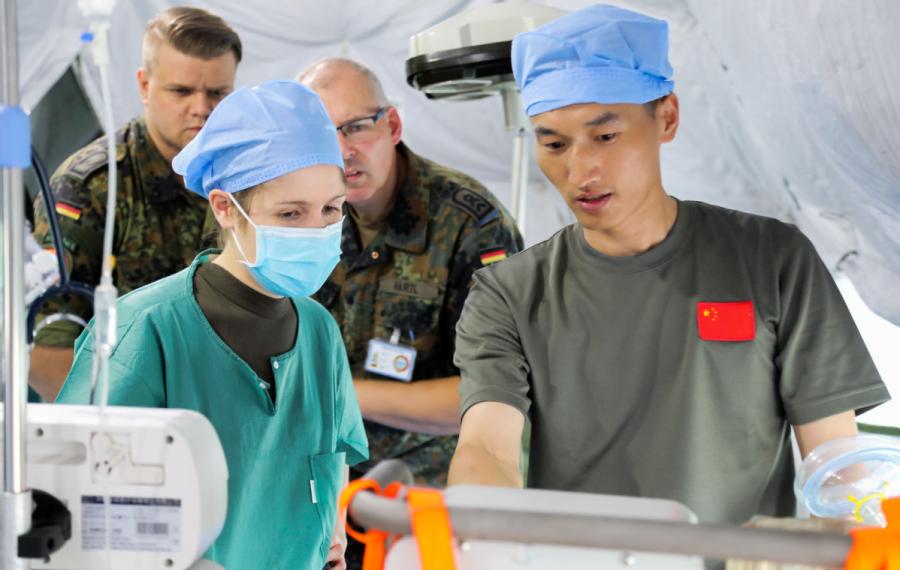 A member of the Chinese medical team introduces the operation process to the German team at the Bezirk Feldkirchen training base on July 6. (Photo/Xinhua)

The ongoing exercise is the second military drill on medical support held by Chinese and German militaries. The first was held in southwest China's Chongqing municipality in 2016, themed on a fictitious earthquake scenario.

The latest joint exercise will simulate an international humanitarian medical rescue mission where causalities are scattered in a location ravaged by infectious diseases like cholera. 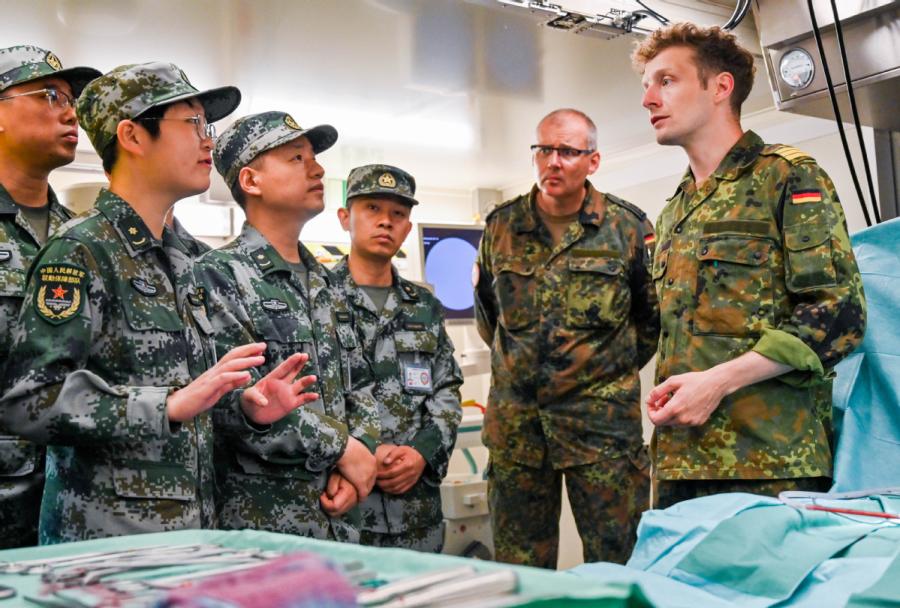 The Chinese medical team visits a German second-class field hospital at the Bezirk Feldkirchen training base on July 7. (Photo/Xinhua)

The training will enhance joint command and control, treatment and evacuation of casualties and epidemic prevention and control.

It will also explore new concepts and practices in rescue missions. The goal is to improve the medical capabilities of the two military medical teams and build a foundation for future bilateral or multilateral humanitarian relief cooperation. 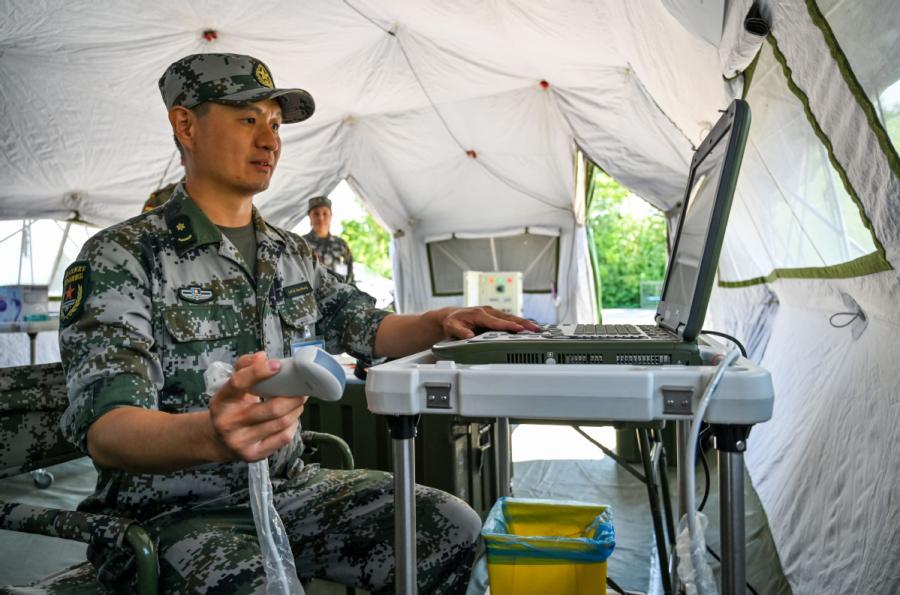 The Chinese medical team operates the portable ultrasonic equipment at the Bezirk Feldkirchen training base on July 6. (Photo/Xinhua)

The Chinese team brought with it new medical equipment for the drill, including its latest field tent hospital system, armored ambulances and epidemic prevention vehicles. This equipment can be used to set up a second-class hospital on site and demonstrates China's latest developments in field medical technology.

In recent years, the PLA's paramedical forces have actively participated in foreign exchanges and cooperation, including its aid in the fight against the Ebola outbreak in Sierra Leone and Liberia, the "Peace Train-2018" joint humanitarian and medical rescue exercise in Laos and the establishment of free clinics with the Vietnamese army along the countries' borders.