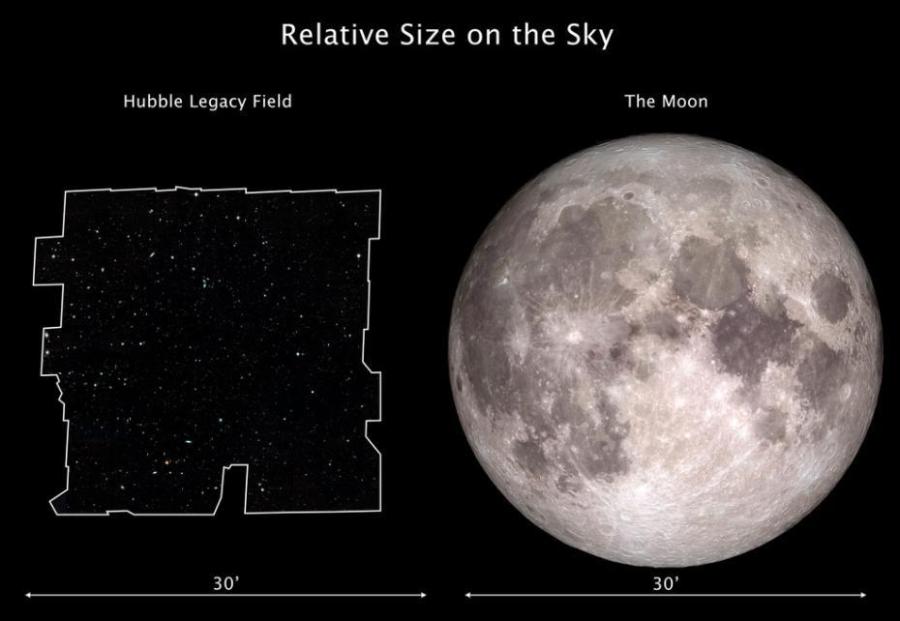 This Hubble Space Telescope image represents a portion of the Hubble Legacy Field, one of the widest views of the universe ever made. The image, a combination of thousands of snapshots, represents 16 years' worth of observations. This cropped image mosaic presents a wide portrait of the distant universe and contains roughly 200,000 galaxies. They stretch back through 13.3 billion years of time to just 500 million years after the universe's birth in the big bang. (Photo/NASA)