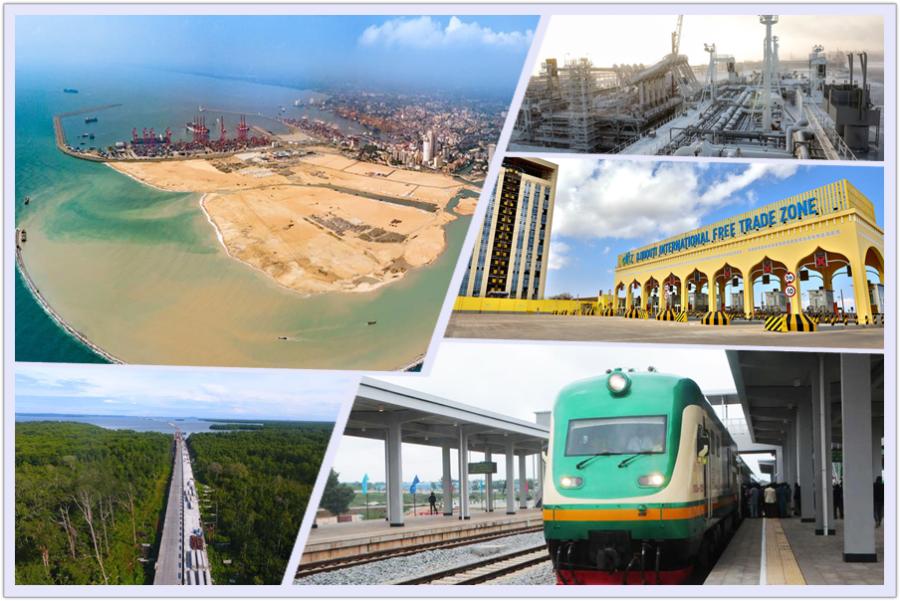 China's Belt and Road Initiative, proposed by President Xi Jinping nearly six years ago, has made practical progress, with 125 countries and 29 international organizations having signed 173 cooperation agreements under the initiative framework as of March 27.

Under the initiative's five cooperation priorities of policy coordination, facilities connectivity, unimpeded trade, financial integration and people-to-people bond, there are a batch of projects, such as transportation construction and industrial infrastructure, in full swing or already having yielded fruitful results.

Here are some of the amazing projects achieved worldwide under the initiative. 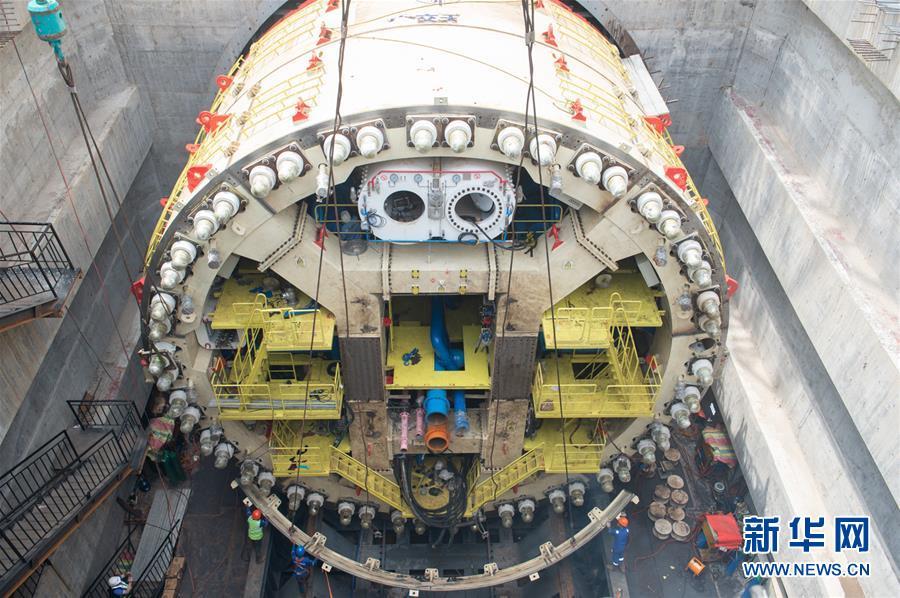 Intensive work to build the No 1 tunnel of the Jakarta-Bandung high-speed railway station Halim is underway round-the-clock to assemble a huge tunnel boring machine on March 20, 2019. (Photo/Xinhua)

The 142-km Jakarta-Bandung high-speed railway, connecting the Indonesian capital Jakarta with Bandung, is now under construction, after China and Indonesia signed an agreement in October 2015 to establish a joint venture to build and operate it.

It being constructed and operated by a China-Indonesia consortium of firms led by China Railway Corp and Indonesian state-owned PT Wijaya Karya Tbk, and is to be funded mainly by loans from China Development Bank.

The high-speed rail, the first of its kind in Southeast Asia, will have a maximum design speed of 350 km/h and is capable of transport passengers and goods within 45 minutes between Jakarta and Bandung. 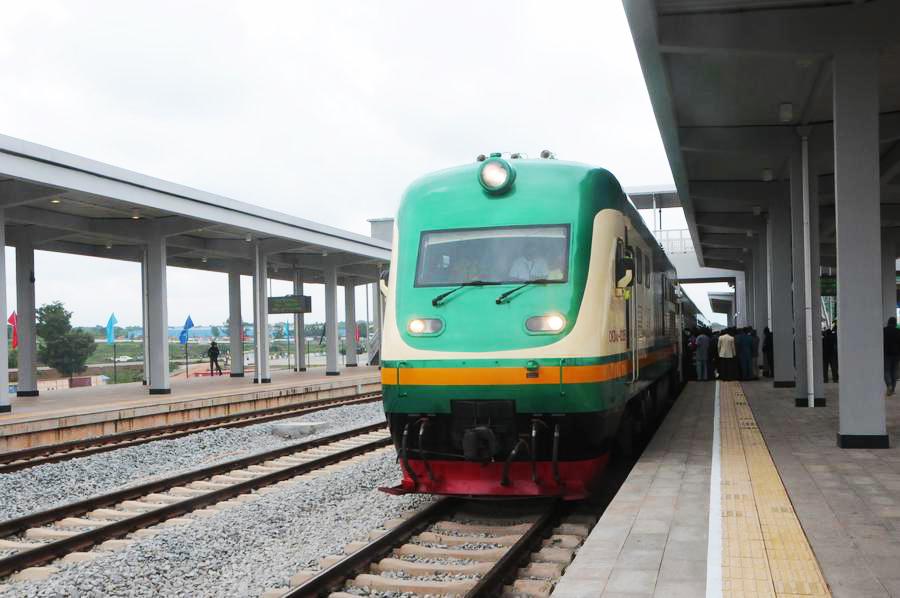 A train stops at the Idu Railway Station in Abuja, Nigeria on July 26, 2016. The Abuja?Kaduna Railway is the first standard gauge railway in Nigeria. (Photo/Xinhua)

The Abuja?Kaduna Railway, as the first segment of the Lagos?Kano standard gauge project, the first standard gauge railway in Nigeria and West Africa, was officially inaugurated and started commercial operation on July 26, 2016.

By Jan. 11, the train service had delivered 1.23 million passengers and had safely operated for 900 days without any major accident recorded since its inception. 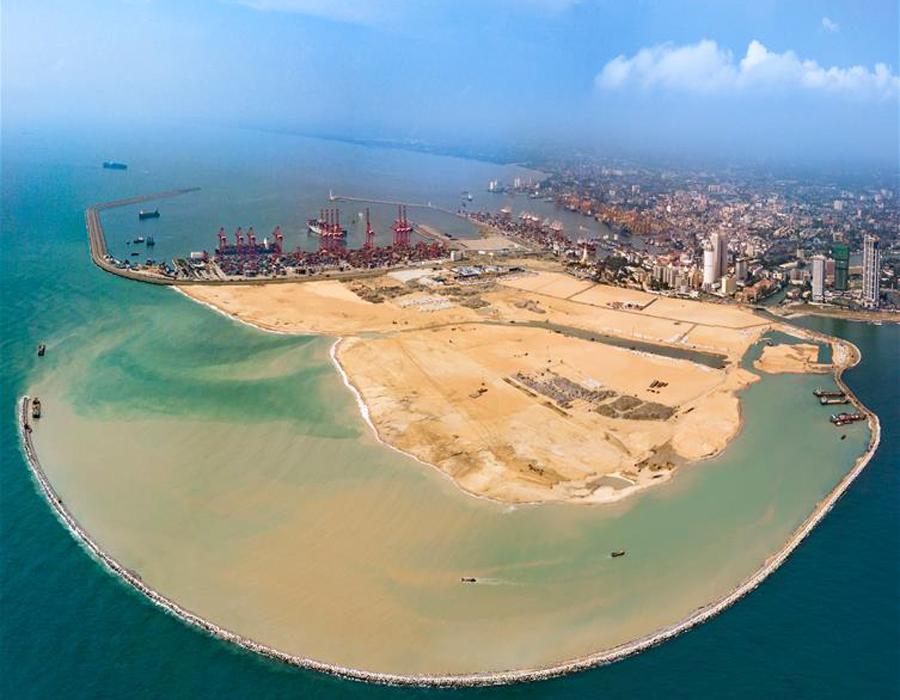 The Colombo Port City is seen under construction in Colombo, Sri Lanka on April 22, 2018. (Photo/Xinhua)

The China-funded Colombo Port City, the largest project between China and Sri Lanka under the Belt and Road Initiative, completed land reclamation of 269 hectares in January.

In addition, hydro-structure construction will be completed by the middle of this year. The port city's municipal facilities construction is expected to be completed in July 2020. At the same time, investment promotion of the city is also being carried out.

The $1.4 billion project, co-developed by Sri Lanka's government and China Communication Construction Co Ltd, is expected to bring 83,000 jobs to locals in 20 years. 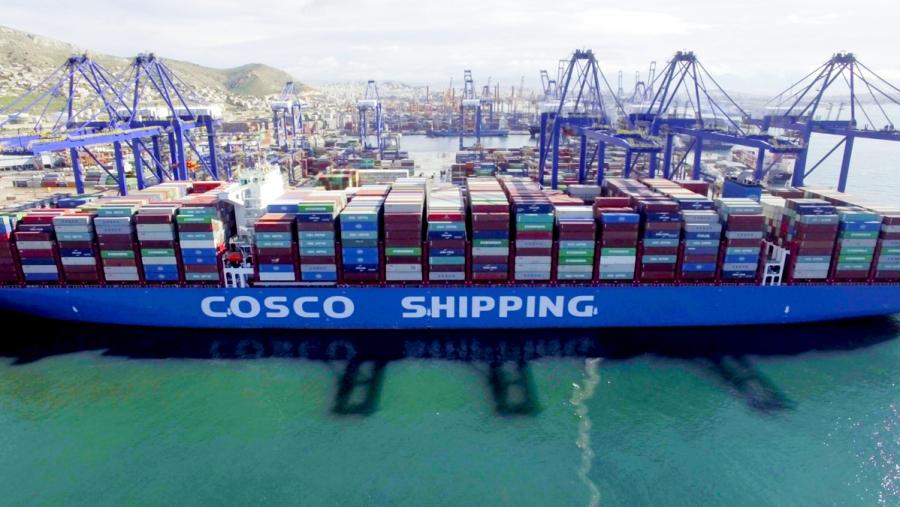 Piraeus Port is the largest port in Greece. On Aug 10, 2016, COSCO Shipping (Hong Kong) Co Ltd, a subsidiary of China COSCO Shipping Group, became a controlling shareholder of the port and started operating the facility.

Around 290 million euros are expected to be invested by the company for the expansion of a cruise terminal, improvement of a ship repair wharf and a new multi-storey garage of roll-on roll-off ship wharf.

The port, as an important meeting point of the Silk Road Economic Belt and the 21st Century Maritime Silk Road, has become one of the fastest-growing container ports in the world in recent years.

Under the joint operation of Chinese and Greek enterprises, the port's infrastructure conditions and operational capabilities have been greatly improved. The freight hub has become increasingly prominent, not only providing more jobs, but also promoting local economic development and becoming a model of win-win cooperation under the Belt and Road Initiative. 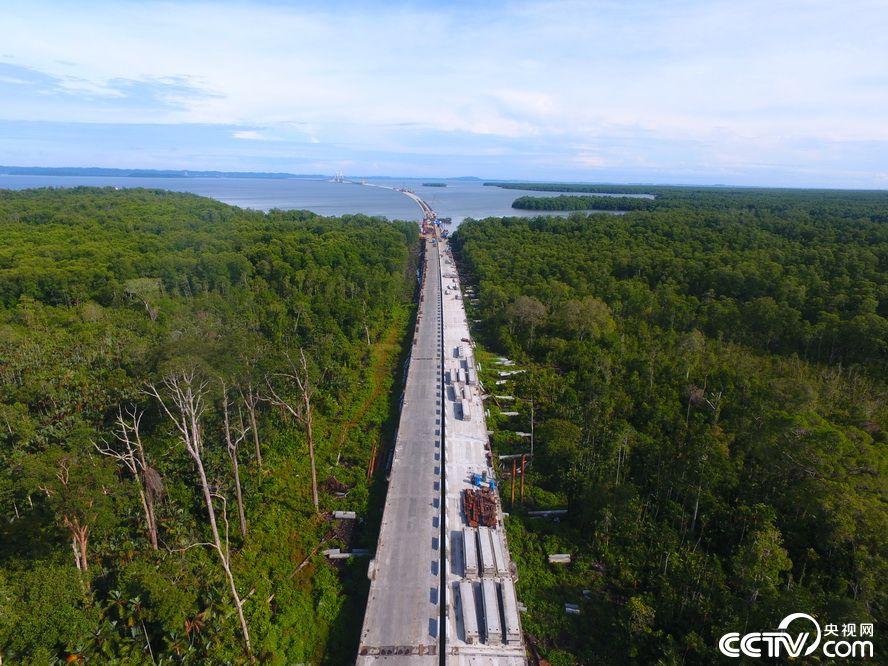 An aerial photo of the CC4 contract of the Temburong Bridge under construction. (Photo/cctv.com)

The Temburong Bridge, the largest infrastructure project in Brunei's history, will become the country's longest sea-crossing bridge with a total length of about 30 km. It is scheduled to open to traffic by the end of November 2019.

The CC4 section of the bridge is constructed by China State Construction Engineering Corp. At around 11.6 km of the 11.8 km-long section will be a land viaduct traversing the mangrove swamp of the Labu Forest Reserve, the company has established a set of strict safety and green construction evaluation systems to meet the high demand for environmental protection and cope with unprecedented difficulty in construction. 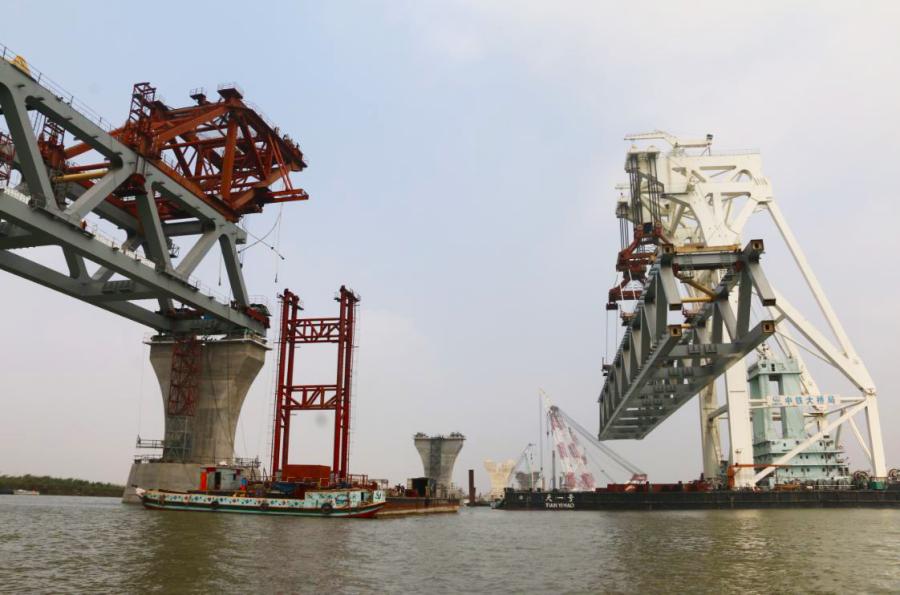 Construction of the core part of the Padma Bridge over the Padma River in Bangladesh is underway by China Railway Major Bridge Engineering Group Co Ltd on Feb. 21, 2019. (Photo/Xinhua)

The Padma Bridge, 25 meters in width and 10 km in length, will be built over the Padma River, one of the three major rivers in Bangladesh.

In June 2016, China Railway Major Bridge Engineering Group Co Ltd was awarded a $1.55-billion contract by the Bangladeshi government to build the core structure of the bridge.

The bridge is the country's largest infrastructure project, as well as the largest foreign bridge project undertaken by Chinese companies in terms of total cost.

Once completed, travel time between the capital, Dhaka, and the southern city of Khulna will be shortened to about three hours from 13 hours. 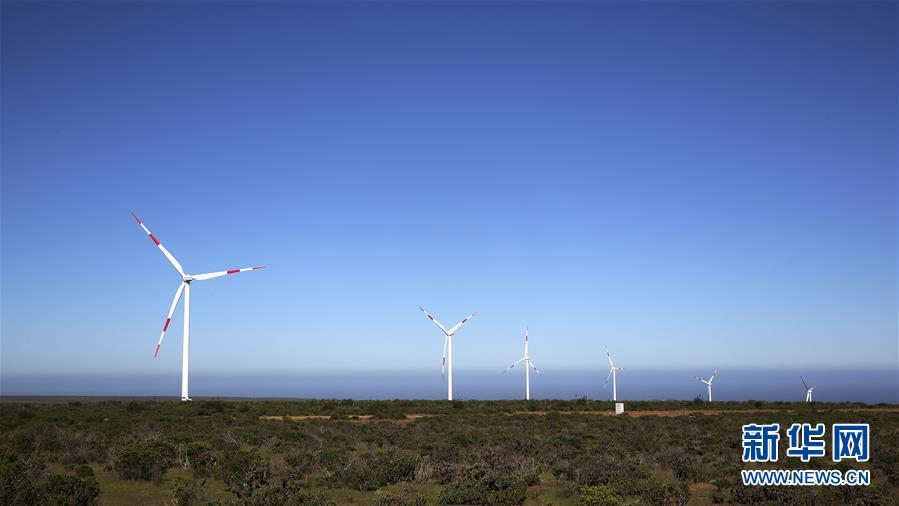 A view of the Punta Sierra wind farm in the outskirts of Ovalle, a city in the Coquimbo Region of Chile, on Aug 24, 2018. (Photo/Xinhua)

With 32 turbines by the blue sea, the Punta Sierra wind farm has been in operation since Feb 4, 2018.

The $150 million project, financed and constructed by China State Power Investment Corporation, has an installed capacity of 82 MW and will generate about 282 GWh/year, which can meet electricity demands for 130,000 households and reduce carbon emissions by 157,000 tons per year. 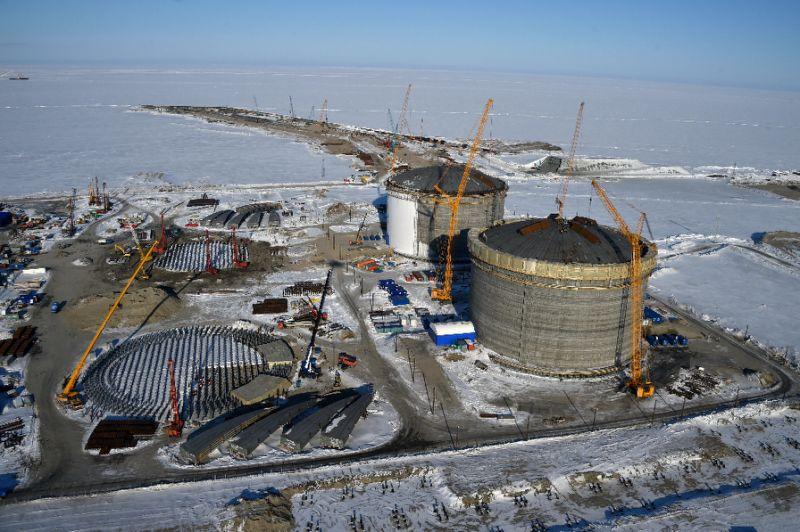 Located in Russia's Yamal Peninsula in the Arctic, the Yamal liquefied natural gas project reached full production capacity with its three production lines, each of which has a capacity of 5.5 million tons per year, with operations starting in December 2017, August 2018 and December 2018, successively.

The project is the world's largest of its kind within the Arctic Circle and is also the first mega- energy cooperation project implemented in Russia after the Belt and Road Initiative was proposed. 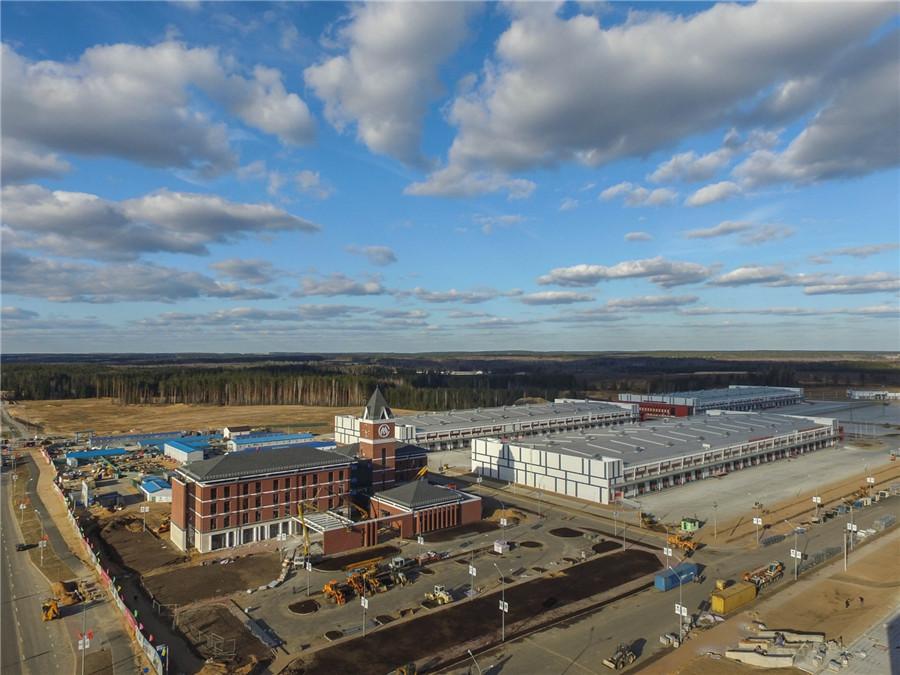 The China-Belarus Industrial Park is 25 km from Minsk, Belarus, and has attracted global investors and extended its influence to nearby regions. (Photo/Xinhua)

The China-Belarus Industrial Park, located 25 km from Minsk and covering an area of 91.5 square kilometers, is the first special economic area in Belarus and the largest intergovernmental cooperation project between China and Belarus.

The industrial park is stepping up efforts to attract more global investors, with 43 companies registered by the end of February.

Among the 43 companies, 26 are from China, 10 from Belarus, and seven from other countries, like the United States and Russia. The companies have signed agreements to make total investments of more than $1 billion in the park. 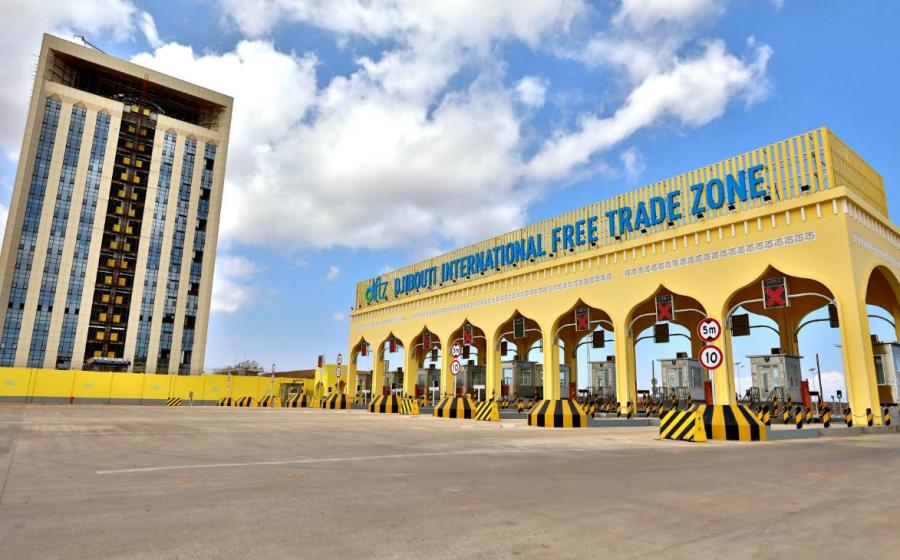 A view of the Djibouti International Free Trade Zone during the zone's inauguration ceremony in Djibouti on Dec. 9, 2018. (Photo/Xinhua)

Covering an area of 48.2 sq km, the zone is operated by a joint venture with investment by Chinese enterprises, including China Merchants Holdings and Dalian Port Corp Ltd, as well as the Djibouti Ports and Free Zone Authority.

More than 20 enterprises from the commerce, logistic, processing sectors have signed letters of intent to register with the FTZ, as infrastructure in the first phase of the FTZ, which covers an area of 6 sq km, has been basically completed.

The FTZ is expected to become a crucial junction linking other African countries involved in the Belt and Road Initiative, and make Djibouti, the small northeast African country, a marine logistics hub linking Africa, Asia and Europe.