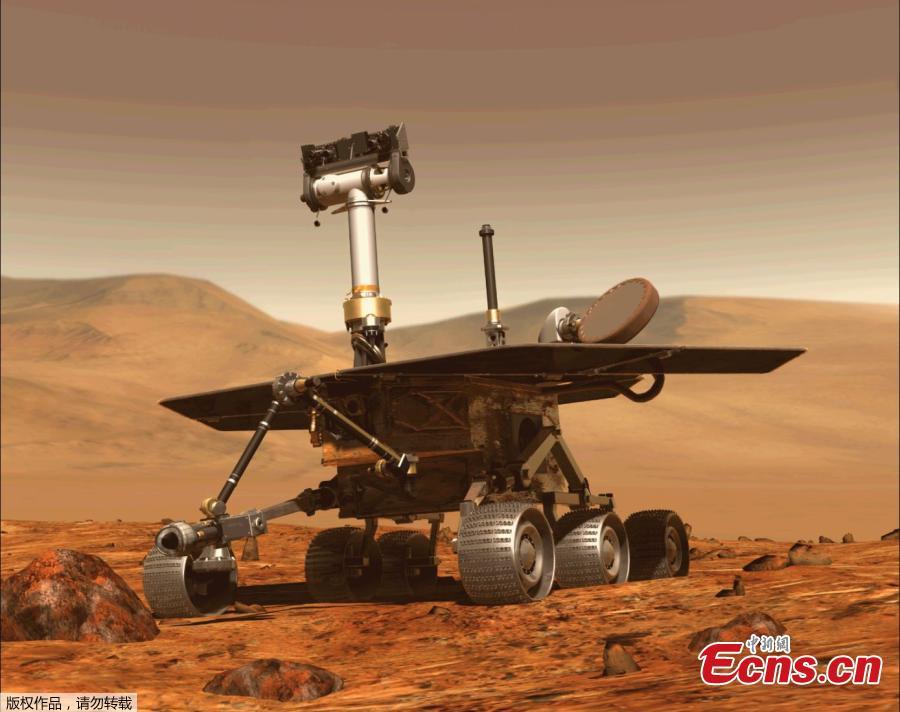 This computer generated image obtained on August 31, 2018 shows the Opportunity rover of NASA part of the Mars planet exploration program. NASA's Opportunity rover has been silent since June 10, when a planet-encircling dust storm cut off solar power for the nearly-15-year-old rover. Now that scientists think the global dust storm is "decaying" -- meaning more dust is falling out of the atmosphere than is being raised back into it -- skies might soon clear enough for the solar-powered rover to recharge and attempt to "phone home." (Photo/Agencies) 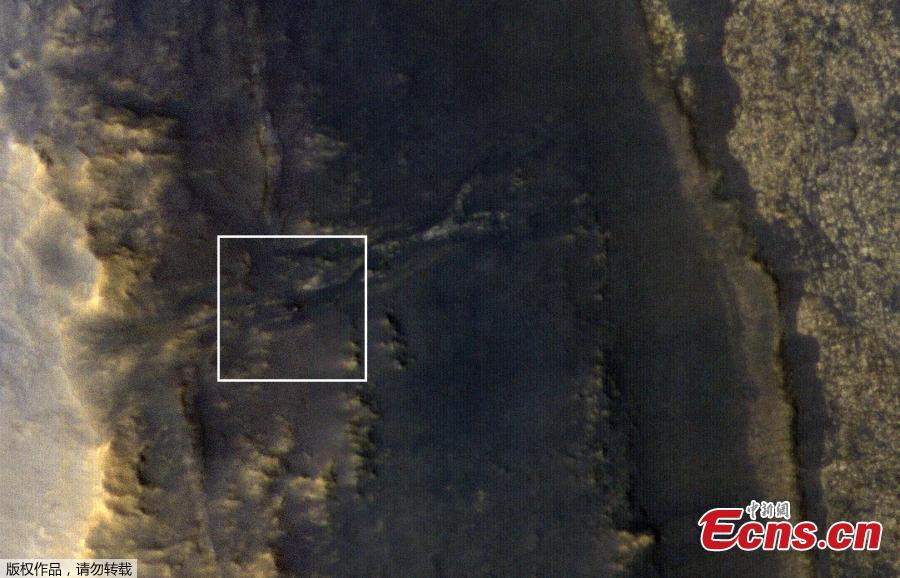 This September 20, 2018, image obtained from NASA's Jet Propulsion Laboratory shows the Opportunity rover as a blip in the center of the square. The image taken by HiRISE, a high-resolution camera onboard NASA's Mars Reconnaissance Orbiter, shows the dust storm over Perseverance Valley has substantially cleared. NASA announced on September 25, 2018, that the Mars Reconnaissance Orbiter had photographed the area where Opportunity has been hibernating since a gigantic dust storm erupted in June, so gigantic it has engulfed the entire red planet for months. (Photo/Agencies) 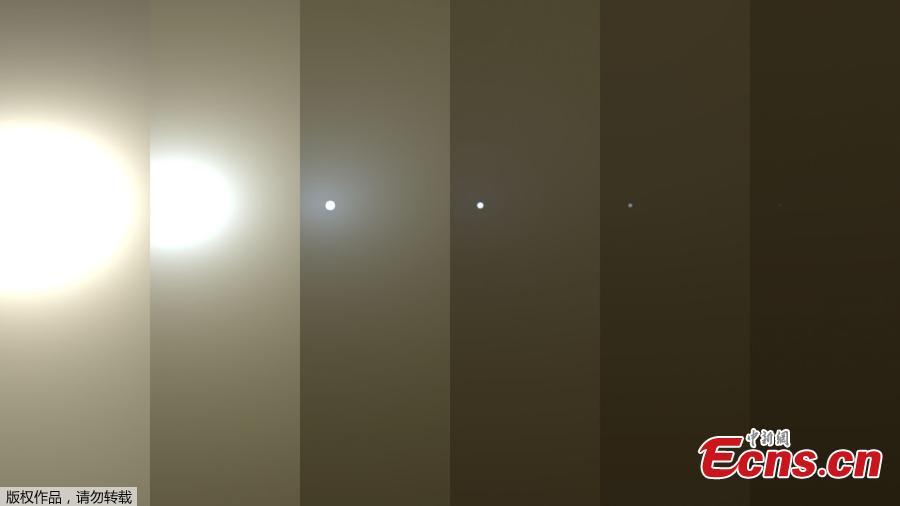 Science operations for NASA's Opportunity rover have been temporarily suspended as it waits out a dust storm on Mars, and this series of images obtained June 14, 2018 shows simulated views of a darkening Martian sky blotting out the Sun from NASA's Opportunity rover's point of view, with the right side simulating Opportunity's current view in the global dust storm (June 2018). The left starts with a blindingly bright mid-afternoon sky, with the sun appearing bigger because of brightness. The right shows the Sun so obscured by dust it looks like a pinprick. (Photo/Agencies) 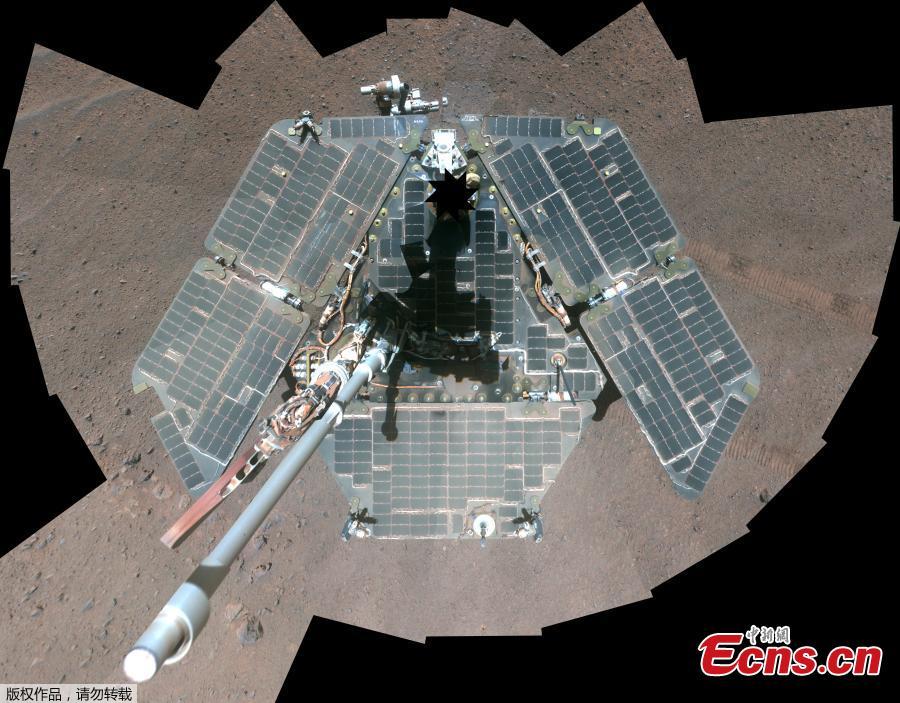 This self-portrait of NASA's Mars Exploration Rover Opportunity released by NASA on April 17, 2014 shows the effects of wind events that had cleaned much of the accumulated dust off the rover's solar panels. It combines multiple frames taken by Opportunity's panoramic camera (Pancam) through three different color filters March 22 through March 24, 2014, the 3,611th through 3,613th Martian days, or sols, of Opportunity's work on Mars. With the cleaner arrays and lengthening winter days, Opportunity's solar arrays are generating more than 620 watt-hours per day in mid-April 2014, compared to less than 375 watt-hours per day in January 2014. (Photo/Agencies) 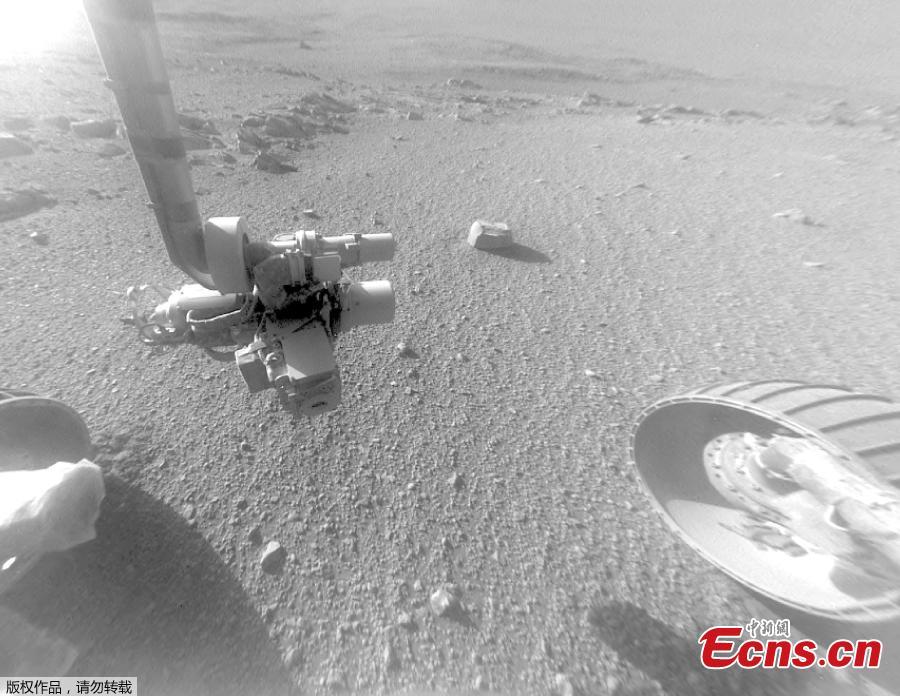 This Jan. 4, 2018 photo made available by NASA shows a view from the front Hazard Avoidance Camera of the Opportunity rover on the inboard slope of the western rim of Endeavour Crater on the planet Mars. A global dust storm prevented sunlight from reaching Opportunity’s solar panels, and the rover fell silent in June 2018. Although the skies have cleared considerably, Opportunity has yet to send word to flight controllers as of Tuesday, Sept. 25, 2018. (Photo/Agencies)