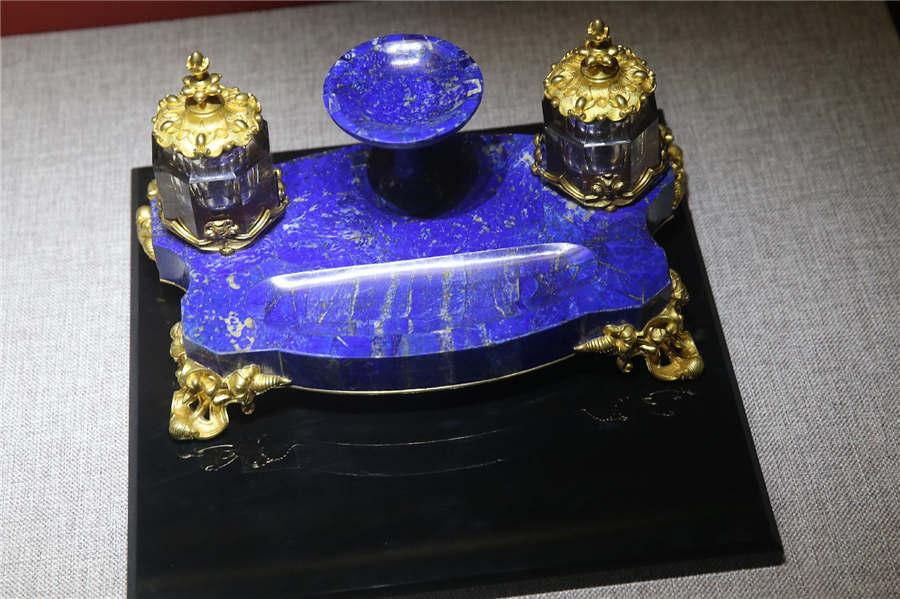 This year marks the 20th anniversary of Beijing Summer Palace being inscribed on the UNESCO World Heritage List. A series of events marking the anniversary are being held, including an exhibition titled A Date with the Summer Palace, which provides glimpses into the extravagant lifestyle of Russian imperial families.

The exhibition, held at the Beijing Summer Palace's Garden of Virtue and Harmony (Dehe Yuan) and Wenchang Gallery through Oct 9, shows more than 200 works of art loaned from the Peterhof State Museum near St Petersburg.

The museum has been transformed from the Grand Peterhof Palace, which once served as the summer residence of Russian tsars and their families during the 18th and 19th centuries.

The most-visited destination in Russia during 2017, the palace boasts not only a majestic appearance but also a rich collection of paintings, furniture pieces, costumes, books, ceremonial objects and other works of art.

The artifacts made their China debut at the World Art Museum in Beijing from April to June, before coming to the Summer Palace.

Highlight exhibits include 14 portraits of Russian tsars, including one depicting Peter the Great who ordered the construction of the Grand Peterhof Palace and another showing a standing Catherine the Great in front of a mirror. Her red velvet throne is also displayed. 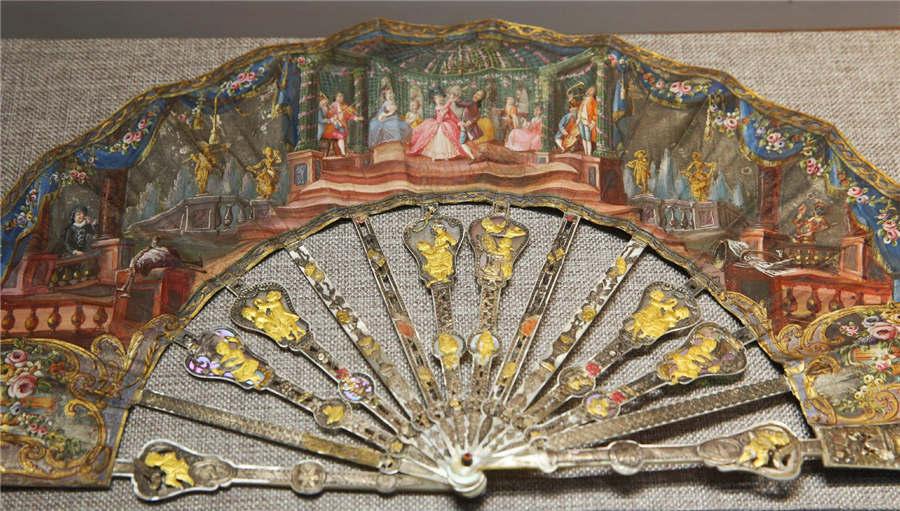 A paper fan decorated with pearls, glass and metals and made in France. (Photo/China Daily) 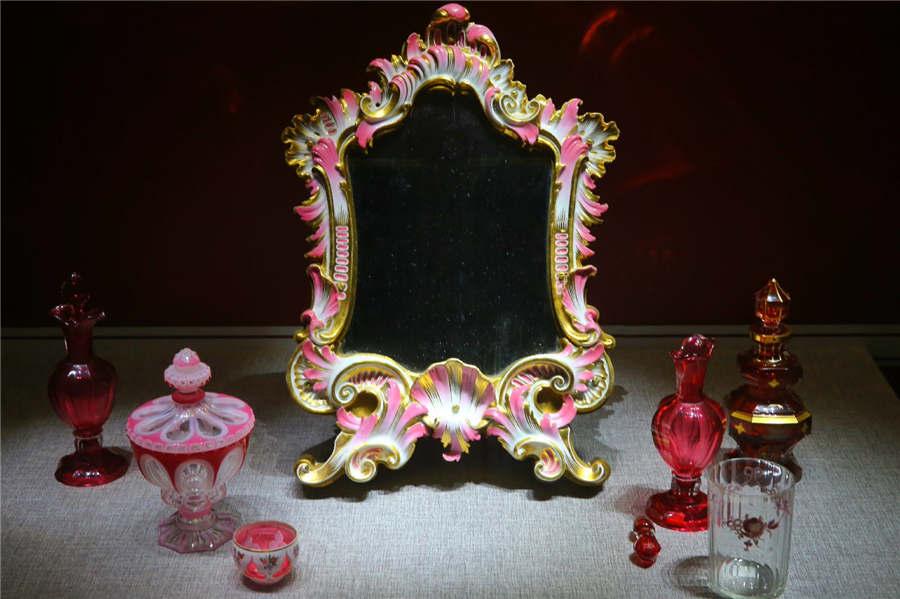 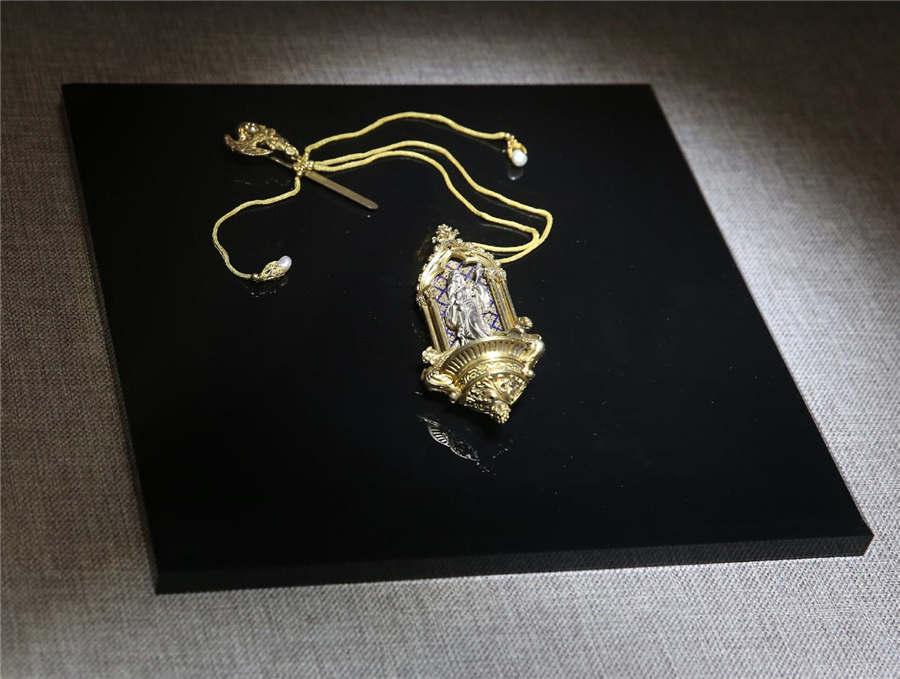 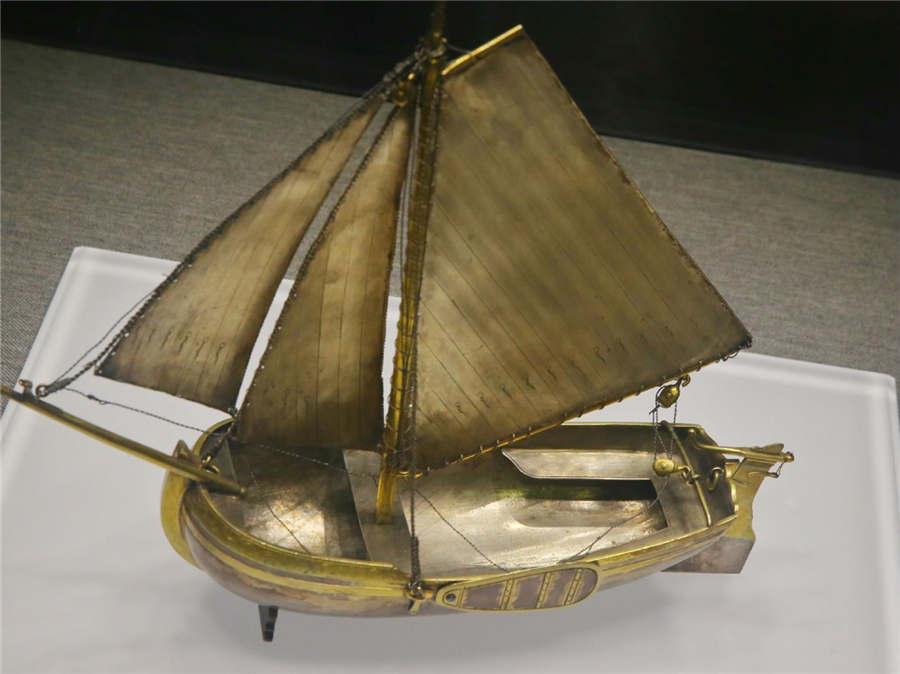 A gilded silver boat model once belonged to Peter the First. (Photo/China Daily) 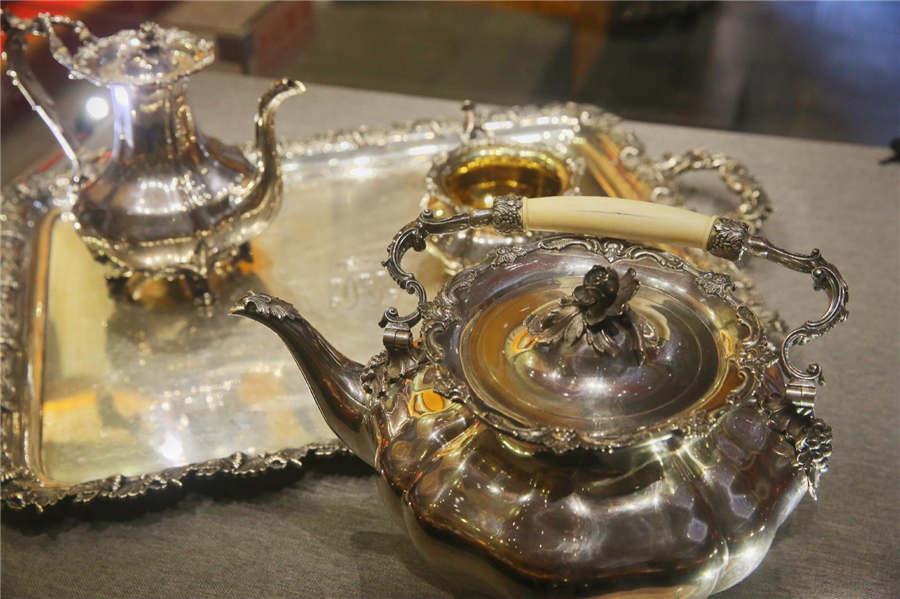 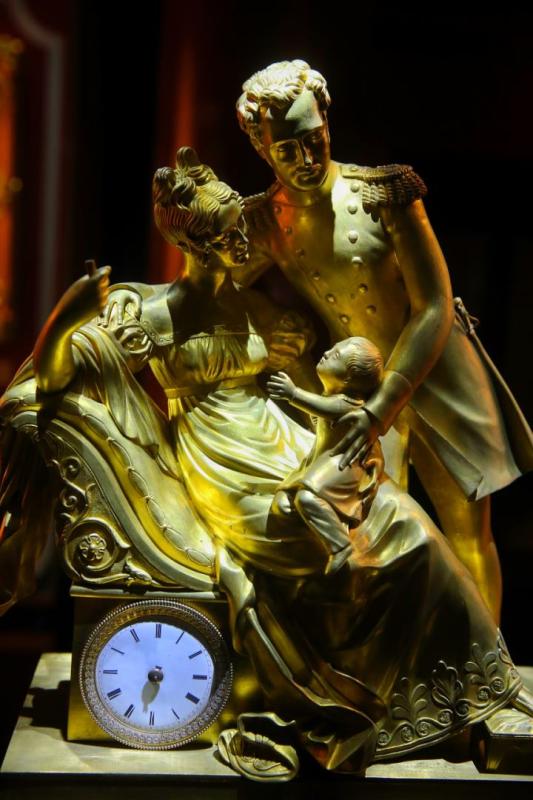 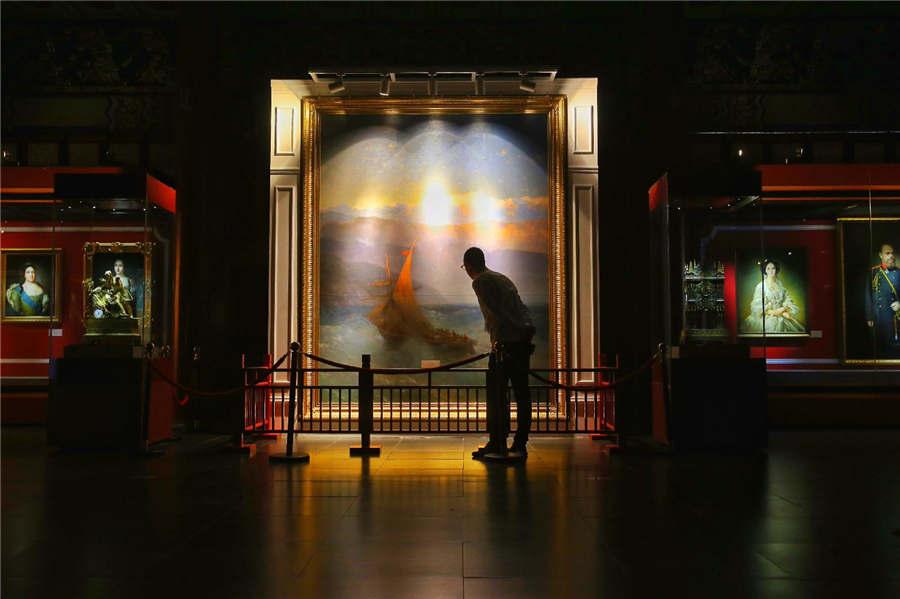