Dialogue between descendants of Nanjing Massacre survivor, Japanese veteran recorded by Memorial Hall of the Victims 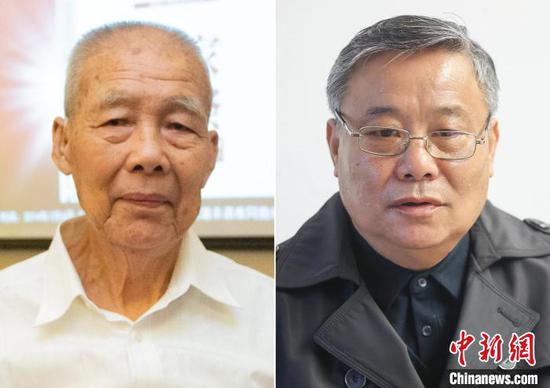 The son of the Japanese veteran asked Li Zhenming, whose father is Li Gaoshan, a survivor of the Nanjing Massacre, "What would be your attitude toward my father if he came here?"

"Your father was also a victim of Japanese militarism. If he came here, it shows that he is now a man with a sense of justice and feels guilty for the atrocities that Japan committed against China. I think I can forgive him," Li replied.

During the Nanjing Massacre, Li Gaoshan was only 13 years old. He witnessed Japanese soldiers using machine guns to slaughter unarmed civilians after the city of Nanjing fell into the enemy's hands.

Li Zhenming recalled that his father kept relating his experience to the public when he was alive. Even though Li was weak and confined to a wheelchair, he insisted on taking part in the testimony activities, recalling his story through his son.

In 2018, Li Zhenming participated in the volunteer team of the Memorial Hall of the Victims of the Nanjing Massacre by Japanese Invaders to serve as a guide. What he believes most is that peace is hard to come by.

"If I recount the history to 10 people, they will spread it to 100 people," said Li Zhenming.

"There are less and less survivors of the Nanjing Massacre. Their memories must be passed on to future generations without interruption after they leave the world. I have the responsibility and obligation to tell the young people about the process of defending Nanjing and the historical facts of the Nanjing Massacre," Li added.

His father Li Gaoshan died of illness at his home at 94 in 2018. According to the Memorial Hall of the Victims of the Nanjing Massacre by Japanese Invaders. Fellow survivor Xiang Yuansong died on Monday, reducing the total number of registered survivors to 54.