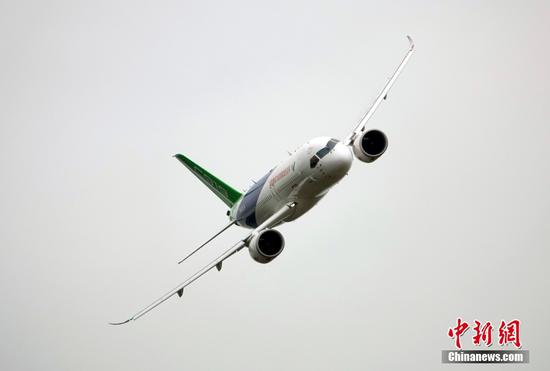 (ECNS) -- A total of 15 pilots, including COMAC flight instructors, obtained the C919 Type Rating after the China-made airplane completed related training specification test of the Flight Standardization Committee, according to the Civil Aviation Administration of China (CAAC).

It indicates that the C919 will soon be delivered and enter operation.

The first C919 airplane is scheduled to be delivered to China Eastern Airlines in December.