Shenzhou-15 manned mission to launch as planned in severe winter 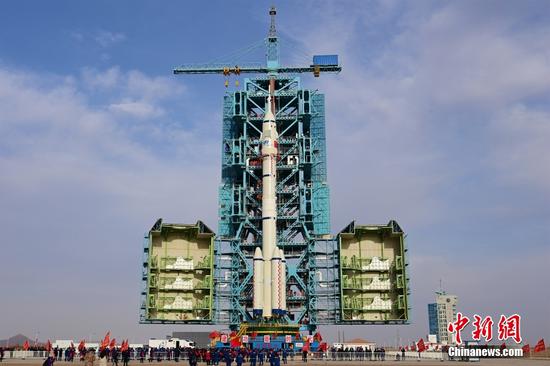 The Shenzhou-15 manned mission is scheduled to launch at 11:08 p.m. on Tuesday (Beijing Time) from the Jiuquan Satellite Launch Center. (Photo/China News Service)

Astronauts Fei Junlong, Deng Qingming and Zhang Lu will carry out the Shenzhou-15 spaceflight mission, and Fei will be the commander, the CMSA said.

This is the second time that a manned mission will be launched in severe winter weather. The Shenzhou-15 faces a difficult launch window, so various teams have intensified meteorological consultations and reviews of the facilities.

Steps to raise and maintain the temperature of the launch tower have been done to ensure the carrier rocket's requirements.

The carrier rocket propellant filling and launching will be carried out as planned.

Wang Xuewu, deputy director of the Jiuquan Satellite Launch Center, told China Media Group that "to deal with the low temperature during the launch, our teams in charge of all systems at the site have carried out facility and equipment reviews continuously."