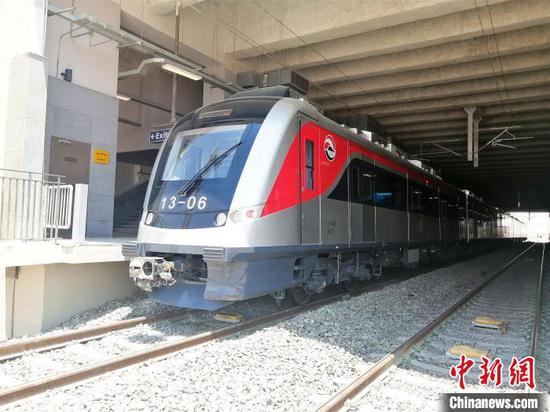 It marks the operation of the light rail line linking Cairo, the Egyptian capital, with the country's new administrative capital, 10th of Ramadan City, and some satellite cities in eastern Egypt.

Each of the EMUs with six cars has been designed to travel at a speed of 120 kilometers per hour and maximum transport capacity has been set at 2,222 people, said Han Zhengchao, a senior designer for CRRC Qingdao Sifang Co.

According to him, the design of the EMUs has fully taken into consideration the bad local climate, for example, wind, sand, high temperatures, and intense sun, thus allowing passengers to enjoy comfortable trips.

The light rail transit project of 10th of Ramadan City was constructed by China as a major achievement under the Belt and Road Initiative, with CRRC Qingdao Sifang Co. providing all EMUs operating on this rail line.