(WE Talk - CHINA OUTLOOK) GAN Chunsong: Why China is able to play the role of 'Optimus Prime' rather than becoming 'Megatron' when the world is in turmoil? 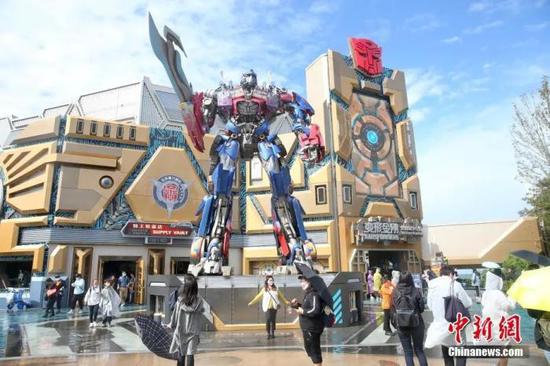 Universal Beijing Resort opens to the public recently. The Transformers Metrobase, which is designed on the Hollywood blockbuster “Transformers”, has attracted huge crowds of audience. The conflict shown in the movie “Transformers” is considered to be a projection of the real world: will countries choose to be the “Optimus Prime” guarding fairness and justice, or to be the “Megatron” resorting to bullying and violence?

As China’s strength increases and its status in the world ascends, some westerners, who still cling to the logic of the colonial period, hold the belief that a country must obtain excess benefits through exercising hegemony to other regions if it wants to grow strong. They think China is no exception.

Why China is able to play the role of "Optimus Prime" rather than becoming “Megatron”? GAN Chunsong, professor at the Department of Philosophy of Peking University and Vice Director of the Confucianism Research Institute of Peking University, gave an interview to "WE Talk" of China News Service (CNS), explaining why China, which has “the world in its mind"(胸怀天下) is confident to say it will “never be a hegemon”, and disapproves the practice that "big powers always seeking hegemony"(国强必霸).

The interview is summarized as follows:

CNS: Throughout China’s history, "the world in its mind"(胸怀天下) represents Chinese people's understanding towards themselves and towards order of the world. Why has China managed to form the view of “TianXia”(keeping the world in mind，天下) and insisted it to thus far? Has China ever been hegemonic in history?

GAN Chunsong: China, with an incessant history of thousands years, has taken the philosophy of "all nations should live in harmony"(协和万邦). This philosophy is supported by the idea of “TianXia”. The term “Tian Xia” was already widely used in the pre-Qin literature, not only in the geographical and institutional context, but also in the value context, based on the Confucian understanding of harmony and order in which different civilization could co-exist through cultural transmission. This value is also reflected in the correction of the "hegemonic way"（霸道） by the "kingly way"（王道）.

“A grand harmony” （天下大同）and “Coexistence of all in harmony” （协和万邦）, these ideas are gradually formed in the course of history. In the process of competing for the dominance, the city-states of the time were more concerned with building a community with a higher civilization that would please those who come from afar and make those who come near satisfied （"远者来，近者悦"）. This is also the source of the Confucian concept of "Tian Xia".

It’s obvious that Chinese civilization did not evolve in the same way as the early Western civilization in places like the Mediterranean. These civilizations, from Egypt, Rome to Persia, are largely characterized by "substitutability", while the Confucianism emphasizes “coexistence”— many ethnic groups assimilate and integrate with each other on the land of China, realizing the Chinese nation's development in accordance to "diversity in unity"（多元一体）. 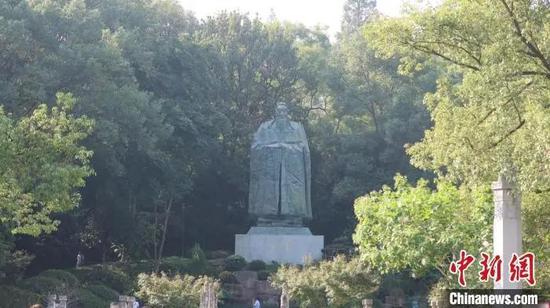 Confucianism excludes "hegemony" （霸权）"bullying"（霸道）, and advocates a vision of “the world belongs to all” (天下为公)that extends beyond the state and the family. The Confucian ideal of the world does not deny the legitimacy of national interest at a particular time in history, but it does not regard national interest as the ultimate value, but rather as the pursuit of the “Tian Xia” for the common good of mankind.

The order of the world was never based on territorial size, but on a benevolent order of moral exemplarity. From a historical perspective, hegemony and domination were never the value pursued by the Chinese, and China was never on the path of "big powers always seeking hegemony"(国强必霸).

The ancient Chinese regarded the order of the world as the highest value in dealing with all peoples, which on the one hand enabled later generations to maintain a critical attitude towards the imperfections of reality based on such cultural nature; on the other hand, it also gave the culture an attitude of self-reflection rather than arrogance, which is fully reflected in our attitude towards foreign civilization and other peoples.

CNS: You mentioned that one of the attitudes in Chinese civilization is “introspection”, rather than the narcissistic “arrogance”. From a historical perspective, how can Chinese culture assimilate foreign cultures and complement each other?

GAN Chunsong: In ancient China, The tradition of “retaining the descendants of the kings in previous two dynasties” (存二王之后)is the ancient Chinese political civilization, meaning that when dynasty changes, the culture of the old dynasty should be preserved to some extent—this institutional arrangement in fact has created the integration of different forms of civilization and systems. And instead of correlating by “eliminating each other” or “being eliminated”, civilizations and cultures relate to each other through accumulation and enrichment—this deserves more affirmation and praise.

The typical example of Chinese culture assimilating foreign culture is the introduction of Buddhism. When Buddhism was introduced into China in the late Eastern Han Dynasty(25 AD - 220 AD), the ancients were not surprised, because to the Chinese people with the view of “TianXia”, the boundaries of culture were infinite. 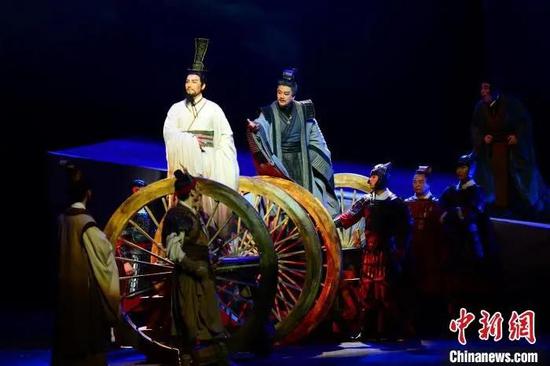 The ancient Chinese came up with the method of “GeYi”（格义）to understand Buddhism, which means to accept Buddhism through China’s Taoism and other cultural resources. After translating large numbers of Buddhist classics into Chinese, the way of thinking in Buddhism and its life attitudes began exerting profound impacts on Chinese people, and Buddhism’s localization is accomplished in the process of examining, assimilating and criticizing.

Similar to the introduction of Buddhism, Christianity and Islam also went through the process of acceptance and absorption when they entered China and became the Sinicized religions. Unlike many Westerners who believe warfare is a way to understand a culture, Chinese people hold the belief that different cultures should assimilate into each other and develop together. Chinese people insist that healthy integration is not about one side taking over the other; if one side does not learn from the other culture, then such integration is of no value.

In terms of the experiences of “going out”(走出去), the Chinese nation adheres to exchanges and cooperation rather than aggression and expansion. More than 2000 years ago, the Chinese opened up the Silk Road to promote equal exchanges of civilizations; More than 600 years ago, Zheng He made seven voyages to “Western Seas”(Southeast Asia and beyond)reached as far as Africa. The Chinese never sought to colonize Africa, but rather to integrate into the region through material and cultural exchanges.

Different cultures should learn from each other through dialogue and communication, rather than moving towards the “clash of civilizations”（文明冲突）. The implementation of “diversified and harmonious world”（美美与共） not only elucidates the characteristics of Chinese civilization, but also provides value support for developing relationship with different civilizations in the era of globalization.