(W.E. Talk - CHINA OUTLOOK) GAN Chunsong: Why China is able to play the role of 'Optimus Prime' rather than becoming 'Megatron' when the world is in turmoil?(2)

CNS: In your opinion, what is the difference between the Chinese and Western perceptions of “bullying”（霸道）? Why do some Westerners have such a misunderstanding of China as “big powers always seeking hegemony”(国强必霸)？

GAN Chunsong: To answer these questions, we must first clarify the logic of the modern nation-state. The “Westphalia System” formed in the middle of the 17th century established a modern world governance system based on the nation-state. This governance system, together with the capitalist market system, constitutes an “internal and external distinction” order full of war and plunder.

The position of giving priority to the national interests included in the nation-state system makes the country’s external function in full service of its internal function. In this way strong countries plunder other ones through economic and military means and build a global order of stratified closeness. This de facto hegemonic system is totally different from China’s concept of “TianXia”.

In order to adapt to this new world, China becomes a member of the nation-states, but China keep ourselves，all the time, at the height of “peace, inclusiveness and openness”, the true nature of the Chinese civilization and oppose western developed countries’ plunderage over developing countries. And China never approve of the hegemony system. Since the founding of the People’s Republic of China (PRC), China has never chosen the company of “bullying”（霸道）, has insisted the practice that “the sense of justice and rationality is the same with everybody” and has always cared for, sympathized with and helped the less developed countries. The bullying world order violates the Confucianism’s spirit of “the world belongs to all” (天下为公), and it is not the ideal order for mankind. For example, when addressing the crisis in the Middle East, western countries, represented by the United States, transplanted their system in a coercive way regardless of the local culture—these practices have brought great pain to the local people.

The pursuit of peace is the common aspiration of people of insight. For example, Kant once put forward the vision of permanent peace, and Habermas also put forward the concept of world citizenship, inspiring people to think about the common interests of mankind from a height transcending the nation-state. Facing global problems such as climate change and infectious pandemics, the hegemony systems not only have failed to solve those problems, but also revealed itself to be unsustainable.

Some Westerners understand China through their knowledge that “conflicts are inevitable” and come to the judgment that “big powers always seeking hegemony”(国强必霸). The way they interpret China by applying their own logic makes them falling into values misunderstanding and reveals the fact that they do not understand the true nature of the Chinese civilization and also not familiar with China’s history. Such arrogance and prejudice should be discarded. Chinese people have their own insistence of values in international cooperation: the balance of interests between countries is important, but human beings should pursue a balance mechanism of values based on the balance of interests, and enhance mutual cultural understanding.

CNS: What is the relationship between China’s proposal to promote a global community of shared future and the traditional view of “TianXia”? What inspiration does the Chinese thinking on “community” bring to the mutual appreciation of human civilization?

GAN Chunsong: The nation-state system is the product of human civilization development at a certain stage, but such a system would ignore interests of other countries and their people, and also ignore the rationality of their life styles. Many of the wars in modern times all embody the internal contradiction of such system. International organizations and regional joint organizations emerging in recent decades all have been operating based on the “superstate value”, all of which are attempts to build a community.

Chinese people praise highly of “with a common fate, heart to heart” and Chinese civilization advocates “all people belong to one family”(四海一家)and “inclusiveness and openness”(包容开放), which provide rich historical experiences for all mankind to be dependent on each other whether for weal or woe.

As globalization deepens, international relations based on nation-states are facing new challenges. How to deal with national interests and the interests of all mankind has become a prominent issue in international relations. Recent conflicts of civilization have led many to lament the foreseeability of “a clash of civilization”. However, from the perspective of the Chinese civilization, the aim is not to verify the accuracy of the predictions of “a clash of civilization”, but to seek to avoid it. In this regard, a global community of shared future, the idea of benevolence from Confucianism, taking on the dialectical unity between local interests and overall concerns, can provide us with reference to understand the relationship between people, individuals and countries, countries and humans, and between humans and the natural environment.

The concept of “a global community of shared future” has a profound cultural foundation and is a typical embodiment of Chinese people’s holistic thinking and concern for the world in dealing with multi-cultural relations.

And for China, the combination of Chinese traditional culture and the trend of the modern world will enable China’s traditional values to provide a kind of Eastern wisdom for human beings to understand their own prospects and to create a symbiotic environment. 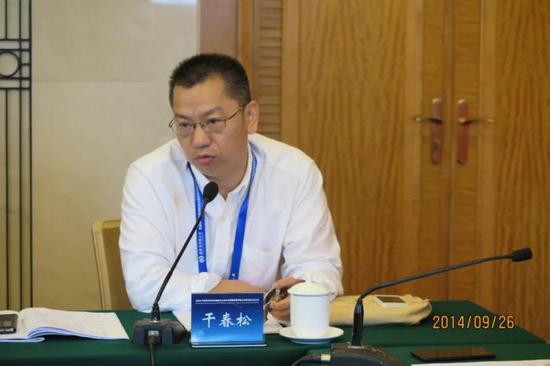 TRANSLATE with x
English
TRANSLATE with
COPY THE URL BELOW
Back
EMBED THE SNIPPET BELOW IN YOUR SITE
Enable collaborative features and customize widget: Bing Webmaster Portal
Back
此页面的语言为英语
翻译为中文（简体）
Previous Page 1 2