Comicomment: White-tailed deer, where were you infected with Covid-19? 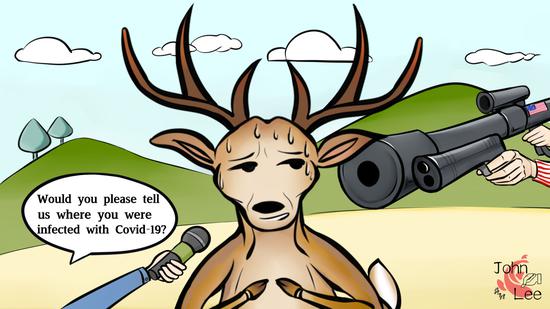 (ECNS) -- One-third of white-tailed deer in the northeastern United States, including Michigan, Pennsylvania, Illinois and New York, have antibodies against SARS-CoV-2 — a sign that they have been infected with the virus, according to a report released by the journal Nature on Aug. 2.

Given the widespread distribution of white-tailed deer in the United States, we have to ask a question: What does this discovery mean?

As more evidence has come to light, will some U.S. politicians continue ignoring science and playing blame against China?

By the way, the international calls for an investigation into Fort Detrick should be heard and treated.