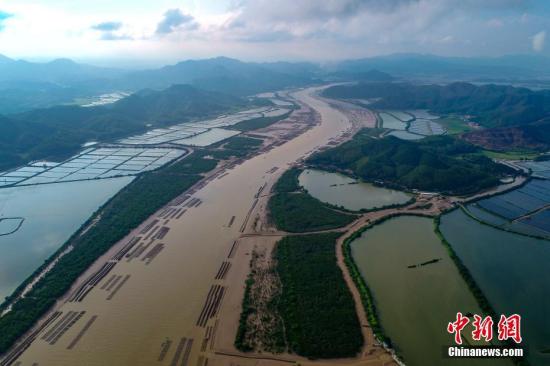 (ECNS) -- The Pearl River Delta in South China's Guangdong Province is speeding up construction of a state-level forest city cluster.

China has promoted the development of forest cities in recent years to improve the urban environment through greater green coverage.

Covering 55,368-square-kilometers, the cluster takes up less than a third of Guangdong Province, but is home to more than half of its population.

According to Guangdong Provincial Forestry Bureau, 742 kilometers of new ecological landscape had been built across Pearl River Delta by the end of 2019, alongside over 1,500 kilometers of greenway networks, of which 990 kilometers have been upgraded.

China's first state-level forest city cluster in Pearl River Delta is expected to complete by the end of this year.