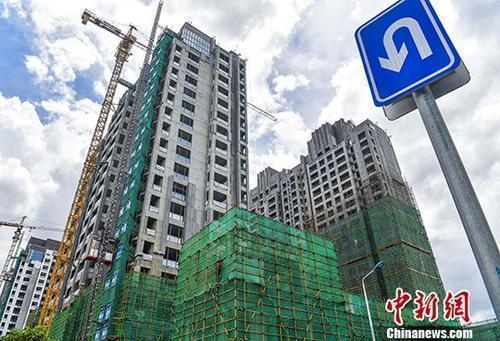 A residential building under the construction. (File photo/China News Service)

(ECNS) -- Beijing's housing prices have hit its lowest level since 2017, falling by about 18.5 percent compared to its peak in April 2017, according to a Friday report.

Shenzhen's housing figures will have a positive impact on other first-tier cities. If its upward trend subsides before the second half of 2020, the market across first-tier cities would remain generally stable.

Under the "housing is for living in and not for speculation" policy, home prices in some second, third and fourth-tier cities have remained generally stable with a slight decline, reducing the house-purchase burden on residents, according to the report.

With the policy more clear and the price fluctuating less, the real estate market is unlikely to see a dramatic rise at the start of 2020.