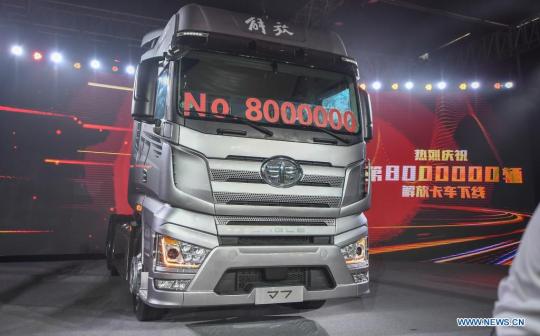 The company will develop pure electric, hybrid and fuel-cell vehicles over the next five years, and aims to become an industry leader in key and core technologies by 2030, it said, adding that it will gradually boost the market share of its NEVs.

The investment will be used to build new energy innovation bases in nine domestic and overseas locations and an exclusive base for developing fuel-cell vehicles and systems.

Founded in 1953 and headquartered in the northeastern province of Jilin, the state-owned FAW Group is known as the cradle of China's auto industry.