Hainan ramps up efforts to rise as China's medical vanguard 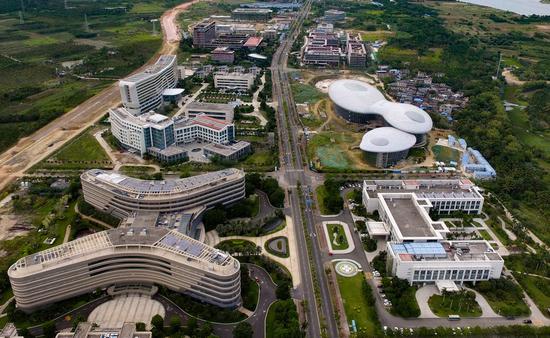 South China's Hainan Province has stepped up efforts to boost its medical sector, with the pilot zone taking the lead in opening up.

Of the total exhibits, 441 are yet to be approved for sale in the Chinese mainland market while 394 made their debut in the country, official data from the pilot zone showed.

The exhibits have not officially entered the Chinese market, but can be used for the treatment of patients exclusively in the pilot zone, thanks to the area's advantageous policies targeting imported medicines and medical equipment, the pilot zone administration noted.

A total of 80 transnational pharmaceutical companies including Pfizer, Novartis, Johnson &Johnson, Bayer and Astellas Pharma are taking part in the exhibition.

An action plan was released in September 2019 to allow faster approval of imported medicines and medical equipment in the pilot zone and delegate the evaluation power of senior professional titles in the health sector to the area.

During the exhibition, Swiss pharmaceutical giant Novartis released a new drug, Beovu, for the treatment of Neovascular (Wet) Age-related Macular Degeneration (AMD), for the first time in China.

"By working closely with Boao in partnership and leveraging its unique benefits and favorable regulatory policies, we are fully committed to bringing new products to patients in China at the shortest possible timeline to rapidly address unmet patient needs in China," said Johan Kahlstroem, head of strategy and new launch at Novartis.

Dan Brindle, China CEO of Novartis, said that the pilot zone has created a brand-new model and is more open to the world.

"In the next five years, we have nearly 50 new drugs applying for approval on the Chinese mainland," Brindle added.

The time involved in the approval process for imported medicines has been reduced to as short as 17 minutes, said Gu Gang, director of the Lecheng pilot zone administration, noting that Lecheng also has preferential policies for import tariffs.

China last year released a master plan for the free trade port, aiming to build the whole of Hainan Island into a globally influential, high-level free trade port by the middle of the century. The plan also encourages the province to explore innovation in the medical insurance sector.

Founded in 2013, the Lecheng pilot zone aims to become internationally advanced in medical technology, equipment and medicines by 2025.