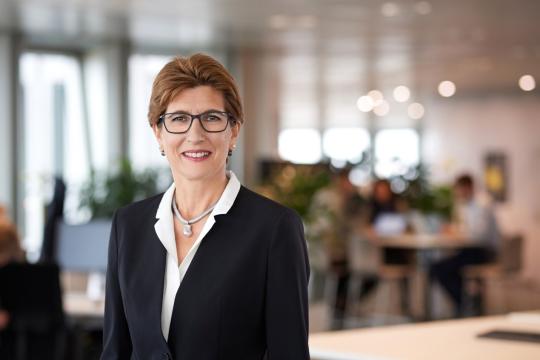 Ilka Horstmeier, a BMW AG board member, said China is one of the most innovative markets worldwide and will play a more important role in the company's global network.

In an interview on Friday, Horstmeier said the carmaker initiated an event earlier this year where university students from across the globe were invited to share their vision of mobility in 2040.

She said she was very impressed that two of the event's three finalists were from China's Tsinghua University.

Horstmeier, who is in charge of the group's human resources, said the event shows BMW's connection with China as well as the fact that the country is one of the most innovative future markets worldwide.

"This is one of the reasons we call China a home away from home, and it is not a phrase for us," she said.

She said BMW built its first engine plant outside Germany in Shenyang, Liaoning province, in 2016. China is the German carmaker's second largest research and development network worldwide, employing over 1,100 people.

"They are a strong force in our global R&D network, and over three quarters of them are Chinese," Horstmeier said. "Together, we're working to shape the future of mobility."

"We keep investing in our R&D footprint and expanding collaboration with leading local tech companies," she added. "There are numerous experts here in all future fields of mobility."

BMW has partnered with companies including Alibaba and Tencent in terms of digitalization and autonomous driving.

China is BMW's largest market in the world and has recently become one of its exporting bases.

Statistics show that the group's sales in China in the first three quarters of this year totaled around 570,000, up 6.4 percent from the same period in 2019.

The carmaker's iX3 electric SUV has rolled off its plant in Shenyang and is scheduled to hit global markets soon.

Horstmeier said as BMW's business continues to rapidly grow in China, the carmaker will improve its competence in terms of human resources to train and develop its staff in the country.

"For me, the most important thing is that all BMW organizations in China play a more crucial role in the global network," she said.