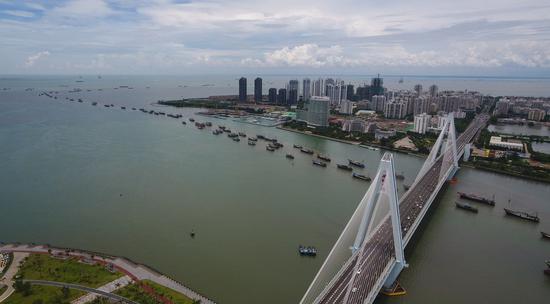 The Yangpu-South Pacific-Australia route will connect ports in China, the Philippines, Papua New Guinea and Australia, according to authorities in Hainan's Yangpu Economic Development Zone.

At present, two ships with a total of 1,740 containers have been put into operation on the route.

Chinese authorities on June 1 released a master plan for the Hainan free trade port, aiming to build the southern island province into a globally influential high-level free trade port by the middle of the century.