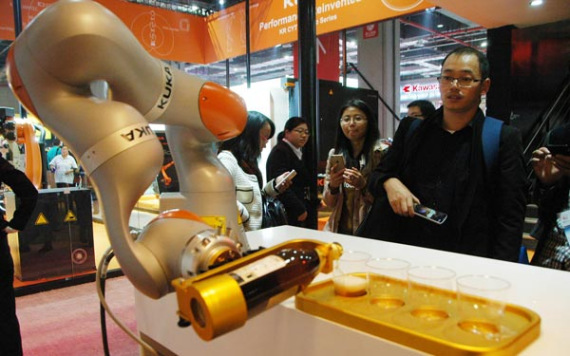 Kuka robot pours wine at a fair in Shanghai in November 2015. (Photo/China Daily)

As the surging labor cost is pushing more enterprises to embrace robots, IFR estimates China will account for more than one-third of the industrial robots installed worldwide in 2018, more than doubling over the next two years-from 262, 900 now to 614,200.

In addition to Siasun, the country's largest robot maker by market value, a bunch of new players are getting lured in and many robot makers are upping the ante with ambitious development plans.

The robot industry is central to the country's Made in China 2025 strategy designed to promote high-end manufacturing.