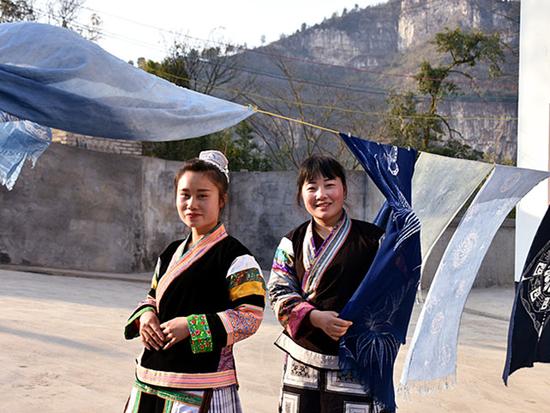 Miao embroidery has a history dating back more than 2,000 years, and is intrinsic to the culture.

Xiaotuoluo is the center of the distinctive art, added to a national list of intangible cultural heritage in 2006.

The craft, however, is little-known and faces a crisis. Poverty has driven many skilled people to seek work far away, allowing the skill to lapse. 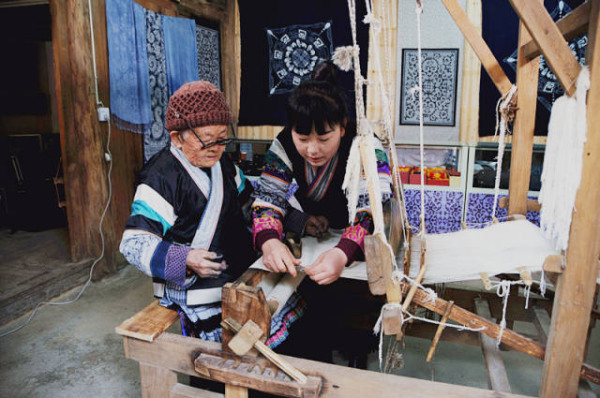 Cai Qun from Xiaotuoluo has come to Beijing every spring since 2013 as a deputy to the National People's Congress (NPC), the country's legislature. This year she wants to draw lawmakers' attention to the "dancing fingers" of the Miao women.[Special coverage]

"What is worse is that they leave their children and old folks behind to fend for themselves."

Guizhou is home to about 4 million Miao people, 42 percent of the country's entire Miao population, according to the sixth national population census.

Cai, 36, went through some difficult years herself. In 2000, she went to provincial capital Guiyang, to try to earn more money, but ended up picking garbage. She then tried her luck in a factory in Zhejiang Province, but was unhappy and felt trapped.

"I was always tired and making very little money," she recalled. "My daughter was a stranger to me because I was not home taking care of her."

Guizhou had about 875,000 rural "left-behind" children in 2016. More than 10,000 of them were completely alone. Most are taken care of by grandparents or great-grandparents.

Cai is luckier than most of her peers. She won a prize for her embroidery in a 2007 competition to select designs for consumer goods in Guizhou. Inspired, she decided to start her own business and bring women in her hometown together to make embroidered panels for garment manufacturers.

Now, she has her own embroidery company and says business is "good." But she wants do more, so has brought the issue before the national legislature. 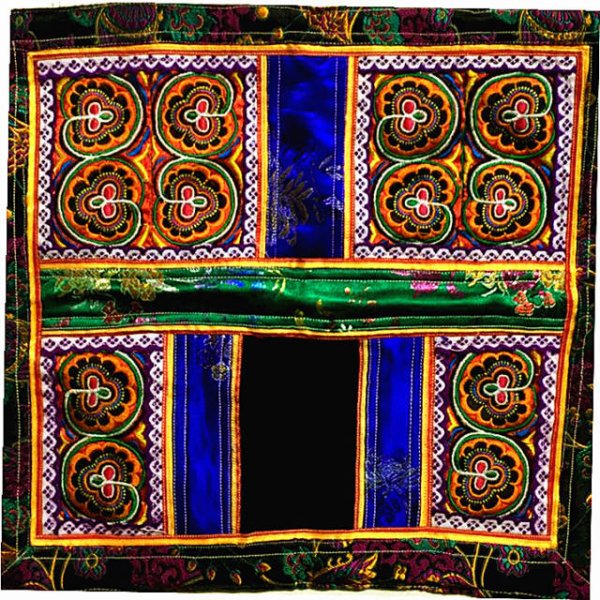 A piece of embroidered fabric by Cai. (Photo/Xinhua)

The NPC is China's supreme body of state power. Deputies are part-time, come from a range of backgrounds and are considered the key channel for community voices to be heard.

At the annual session, they can submit ideas which can lead to legislation or policy changes. Last year's session received around 460 motions and over 8,600 suggestions.

They also review and vote on important legal documents and personnel changes, including electing the president and vice president of China for five-year-terms.

Cai has submitted several suggestions in the past four years, most related to protection of intangible cultural heritage. This year, her suggestion is about small businesses in rural areas.

"I want to help people find jobs in their hometowns instead of having to go to faraway cities," she said. "In this way, they will not only pass on the art of embroidery, but can stay close to their loved ones."

People in her hometown want to work in embroidery but, without government support, they have almost no choice but to become migrant workers.

Yao Xiaoying, another NPC deputy, agrees. She wore a Miao embroidered blouse to the session this year. The images look like a flower from a distance, but close up, become a butterfly.

"This unique picture is a symbol of Miao culture, and this is a culture which we need to protect," Yao said. "Only through our joint efforts can more people feel its charm."

Yao wants support for such distinctive products, and to use local culture to help people out of poverty. Central and local governments are already taking action.

The ministries of culture and education plan to train 100,000 people to work in intangible cultural heritage by 2020.

Guizhou began support for development of the ethnic handicraft industry in 2013 and has since helped about 500,000 women to find jobs. Last year, it spent 7.5 million yuan (1.1 million U.S. dollars) training 4,000 embroiderers, and more than 10,000 women were freed from poverty.

"I hope that one day, Miao embroiderers will no longer need to leave home to find jobs," Cai said. "They will be happily stitching while singing about their good lives."