Soft or tough: Standard of handsome men in ancient China

Rising Chinese swimming star Ning Zetao is one of the "national husbands" in China. (Photo Provided to China Daily)

It seems that Chinese women have too many " national husbands"nowadays. Once there is an extremely popular actor or athlete, often single, he will be elevated to the altar as a "national husband".

Some of these "husbands" are very fit, with nice muscles, while the others are gentle, even effeminate.

But do they also look attractive in ancient China?

It is known that the definition of good-looking often varies with society and time. And in ancient China, the standard of handsome men also changes in different periods.

Males can be roughly classified into two categories: gentle and delicate men, and strong and robust ones. Both these two kinds enjoyed the same degree of popularity among ancient Chinese women before the Qin Dynasty (c.21st century-221 BC). 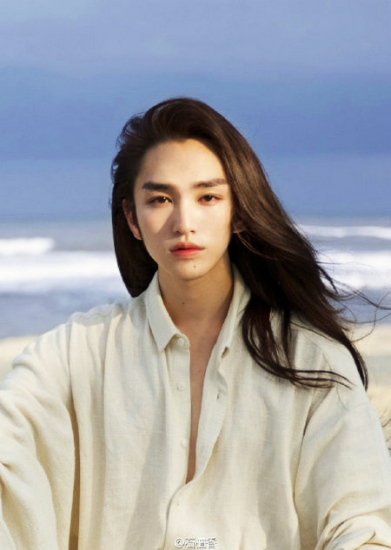 Xing Ye, a Chinese man who is popular on the internet because of his effeminate beauty. (Photo/Sina Weibo)

In a story recorded in Zuo Zhuan (《左传》), the earliest annals in China, a woman vacillated between a gentle man and strong one. She eventually chose the latter.

And the Book of Songs (《诗经》), or Shi Jin, which recorded the ancient odes and songs in China, "beautiful white jade" and "flowers" were used to describe nice looking men.