Who makes 'a direct attack' on Hong Kong democracy? 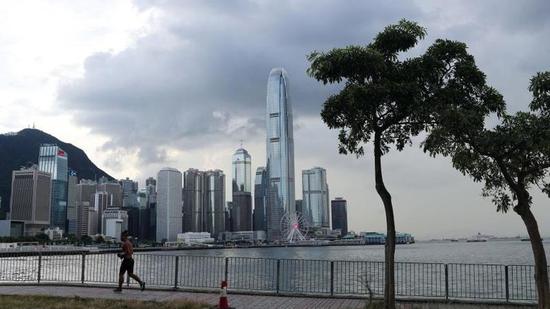 Hours after the National People's Congress, China's top legislature, passed the decision to improve the electoral system of the Hong Kong Special Administrative Region on Thursday, US Secretary of State Antony Blinken called the improvement an "assault on democracy" and a "direct attack" on its autonomy in a statement. The UK and the EU had similar expressions.

How ironic! Hearing "direct attack", anyone with a rational mind will only remember the armed rioters who attacked peaceful residents and brought Hong Kong under terror in 2019. And "assault on democracy" is a most suitable phrase to describe the Western officials hiding behind them, playing some youngsters in Hong Kong against their own home city and motherland.

And do not forget how they celebrated the riots in Hong Kong as "a beautiful sight to behold" in the worst days. When similar things happened in Washington, they were quick to crush it with batons and call it "riots".

Their efforts are doomed to fail because Hong Kong is part of China and its destiny will never be in the hands of any foreign powers. By passing the decision on improving the electoral system in Hong Kong, the NPC is taking a solid step forward to ensure the long-term prosperity, stability and democracy of Hong Kong.

With the electoral system in Hong Kong improved, the loopholes that allowed some home-haters to enter the legislature will be filled, and the principle of "patriots administering Hong Kong" will be best implemented.

The welcoming remarks from Hong Kong residents in the past days best show how they feel about it, because they know only those who love their motherland and home city could make it a better place - not those who reside 10,000 kilometers away but still dream of bringing evil upon it.