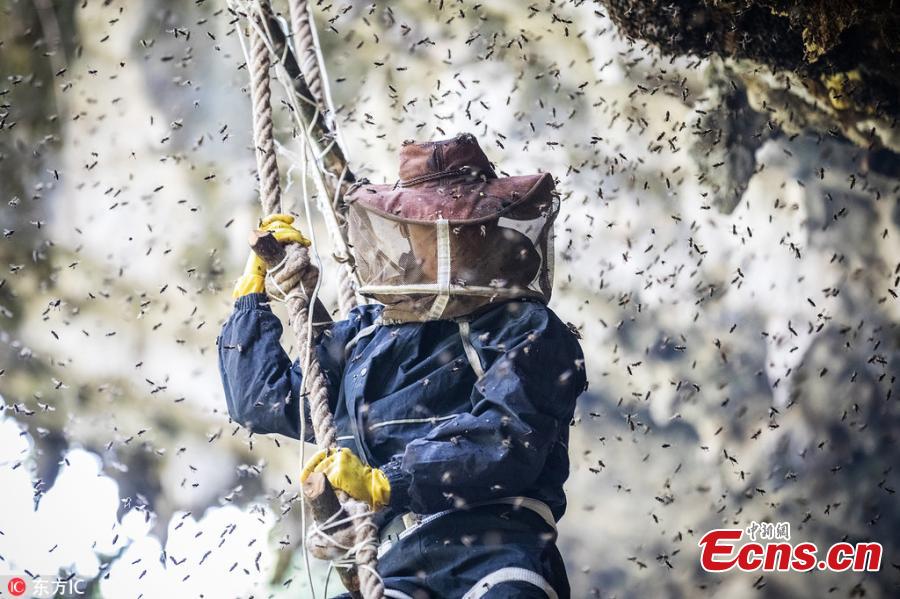 Honey hunter Xiao Guan made his way through swarming bees and up a rope ladder as he headed for a hive on a cliff in southwest China’s Yunnan Province. To collect the honey of the Himalayan giant honey bee, Xiao Guan and his girlfriend Xiao Rui had to drive hundreds of kilometers. A honey hunting team is composed of about 10 people who work closely in keeping off the bees with smoldering grass smoke and moving the honey. Sometimes a hive one meter in diameter has mass of tens of thousands of bees. Xiao Guan said he follows traditional honey harvest rituals, such as leaving part of the honey to the bees. (Photo/IC)