Guns on the menu at Shooters Grill in Colorado(1/6) 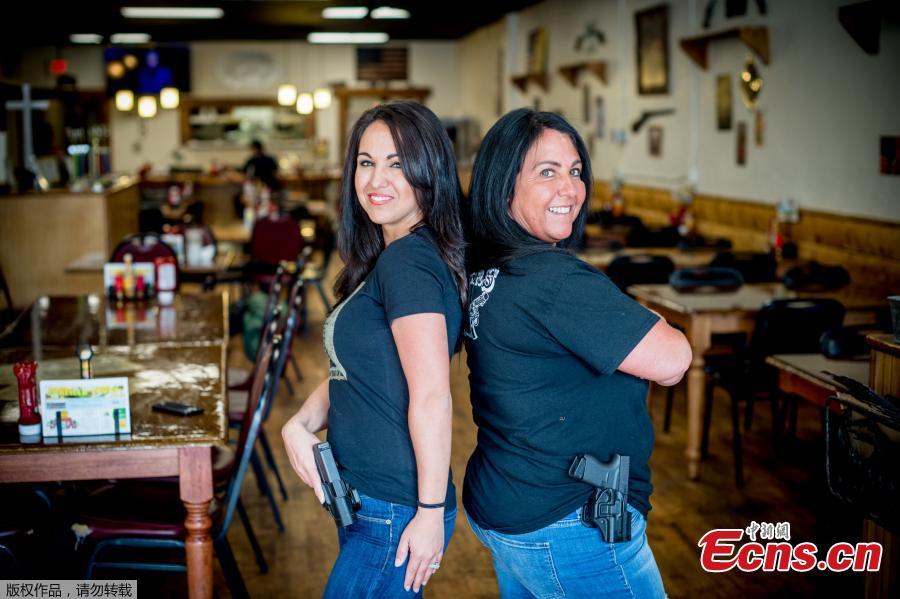 Lauren Boebert (L) and her mother pose for a photo with guns in hand at the restaurant "Shooters Grill" in Rifle, Colorado, the United States. Lauren Boebert opened the restaurant "Shooters Grill" with her husband, Jason, in 2013. Shortly after the opening, a man was beaten to death nearby and Boebert said she began questioning how to keep herself and her employees safe. She was told that Colorado was an "open carry" state allowing for certain firearms to be carried openly. She then started strapping on a gun the next day. (Photo/Agencies)