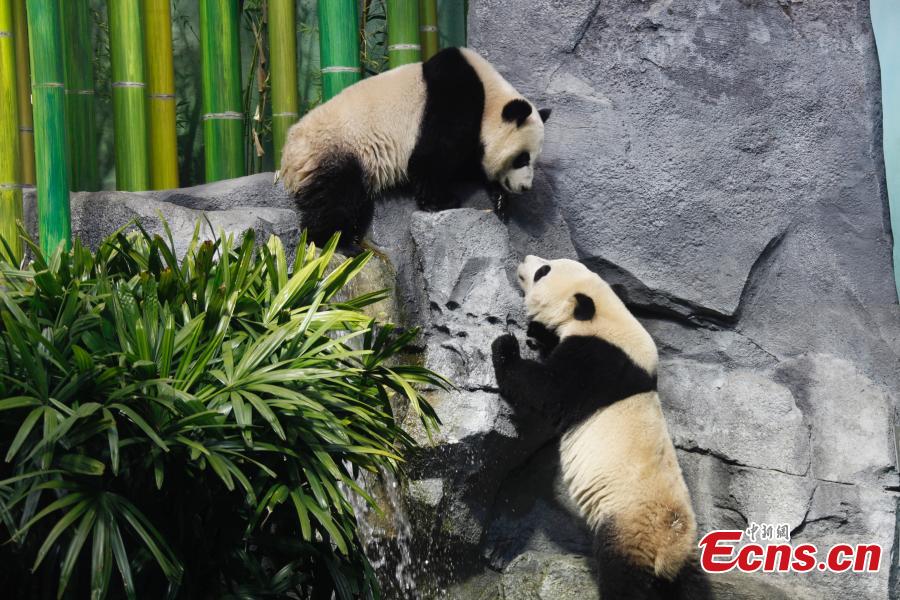 Two giant panda cubs were in a playful mood Monday as the Calgary Zoo introduced them and their parents to the general public. Jia Panpan and Jia Yueyue ¨C meaning Canadian Hope and Canadian Joy ¨C could be seen wrestling and rolling about their nearly 2,000 square-metre, indoor-outdoor habitat. After ambling over rocks by a small waterfall, one of the youngsters went inside to curl up by the glass and take a snooze. Their father Da Mao was in the indoor part of the Panda Passage exhibit lazily lounging on a log and munching on a stalk of bamboo. Their mother Er Shun was out of view. Dozens of people were lined up around midday just as the exhibit opened its doors.

The furry foursome was shipped to Calgary from Toronto earlier this spring and spent about a month in quarantine.(Photo: China News Service/Yu Reidong)