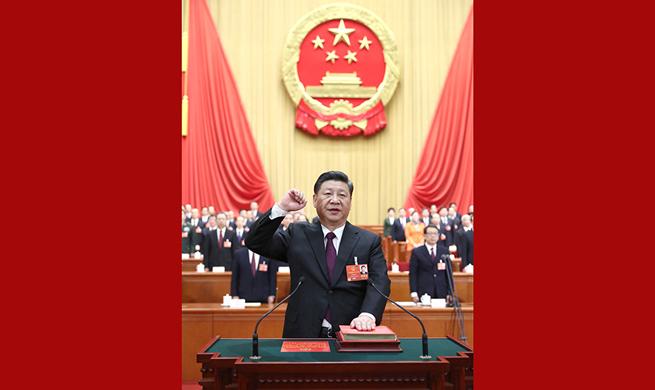 Xi Jinping takes a public oath of allegiance to the Constitution in the Great Hall of the People in Beijing, capital of China, March 17, 2018. Xi was elected Chinese president and chairman of the Central Military Commission of the People's Republic of China earlier Saturday at the ongoing first session of the 13th National People's Congress, the national legislature. (Xinhua/Ju Peng)