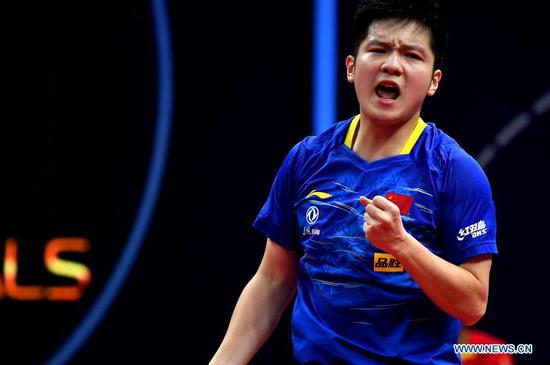 The last obstacle in Fan's way to title defense will be compatriot Ma Long, who came from one game behind to see off teammate Xu Xin.

"The first game was crucial to my victory today. I felt the pressure from my opponent," Fan commented.

"Jang showed better form compared with the World Cup, and built his momentum after consecutively knocking out strong players. He had some changes when I led in the match, and I just tried my best to catch up with him," the top seed added.

"It was a tough battle. After losing the first game, I tried to keep calm and refocus myself on the match. As you play such a high-quality opponent such as Xu, it is quite normal losing one or two games," Ma explained.

"Recently I have lost to Fan twice in the final. I hope to challenge the world No. 1 tomorrow," he added.