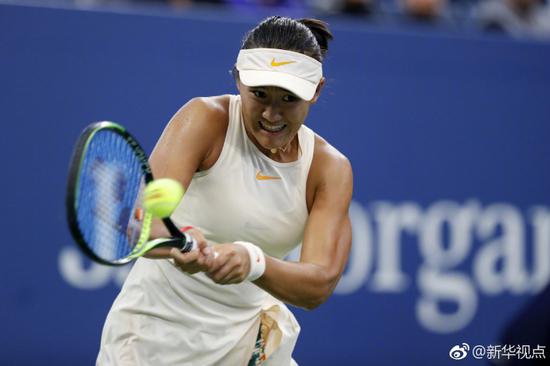 The third-seeded Wang fought off a valiant comeback from Burel in the opening set to win the U.S. Open title after an hour and 25 minutes on court, capping off a fantastic year that included a run to the semifinals at junior Wimbledon as well as quarterfinals appearances at both junior Australian Open and Roland Garros.

"In the first set I was a little bit nervous, but I try to get used to in the big court, try to enjoy this match," Wang said.

"Yeah, it's only happy. I think maybe my mom is crying."

Burel, who missed the chance to become the first French junior champion in 17 years, could hardly contain her disappointment.

"I'm not very proud of me because I lost in the final, but it's a good week and I will try to stay positive," Burel said.

"Even if I lost this final, it was a great match. We played both well. It's a great season. I made two finals, but I'm still disappointed to lose in my second Grand Slam final."