Forecasters predict winter will be colder 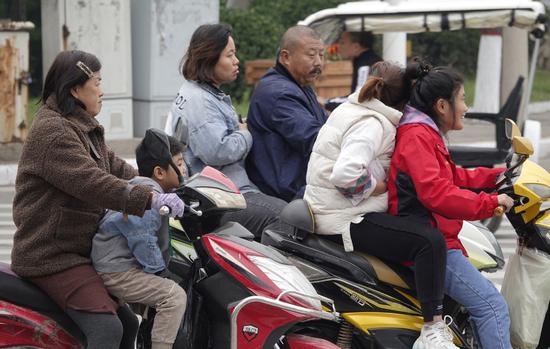 China's winter-from December to February-will be chillier than usual according to a nationwide weather outlook released by authorities on Wednesday.

The forecast, made jointly by the National Climate Center and the Ministry of Water Resources, said cold air will be frequent in the northwestern and southern parts of China, including the provinces of Gansu, Qinghai, Shaanxi and Guizhou as well as the Xinjiang Uygur and Guangxi Zhuang autonomous regions, with temperatures an average of 1 C to 2 C lower than in previous winters.

For the rest of the country, including northeastern provinces, Beijing and the provinces of Shandong and Jiangsu, temperatures will be roughly the same as average or 1 C to 2 C higher.

It added that long-lasting and large-scale freezing weather or snowstorms will be less likely to occur in the south this winter, but shorter episodes of such weather will be witnessed.

Meanwhile, 20 percent to 50 percent more precipitation than normal will batter North China this winter, while in the south it will decrease by the same amount, the forecast said.

It added that atmospheric conditions to diffuse pollution-a way of evaluating whether air pollutants will be able to thin out quickly-will be nearly the same as the average level of the past five years.

"Due to the influence of cold air from the west, atmospheric conditions to diffuse pollution in northern parts, including the Beijing-Tianjin-Hebei province cluster and the Fenhe-Weihe Plain region, will not worsen and will stay the same as the past five-year average," Jia Xiaolong, deputy head of the center, told a news conference on Wednesday.

"However, in areas along the Yangtze River, conditions will be worse than before."

He warned residents of western and southern parts of the country to pay attention to the adverse effects of cold weather on traffic, electricity and spring farming. He also stressed that people in other regions will need to protect themselves from air pollution.