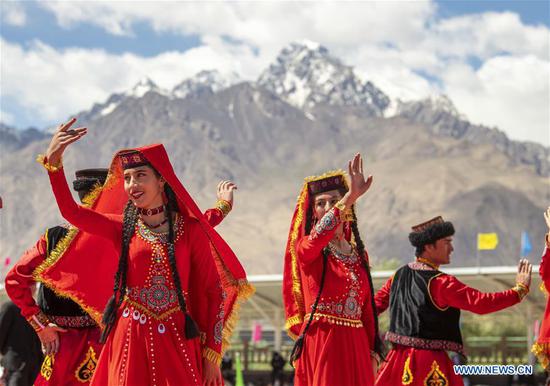 Northwest China's Xinjiang Uygur Autonomous Region received over 15.35 million visitors during the eight-day National Day holiday this year, up 10.78 percent from the same period last year on a comparable basis, according to local authorities.

The tourism revenue during the holiday from Oct. 1 to 8 reached 8.41 billion yuan (about 1.24 billion U.S. dollars), the local culture and tourism department said.

Xinjiang's 440 top-rated scenic sites waived ticket fees during this year's holiday and the region rolled out a series of distinctive routes for self-driving tours, as it aimed to boost the local tourism industry.

The Kanas scenic area, which features an impressive array of lakes, glaciers, forests and grasslands, became the most popular destination in the region, receiving over 568,000 people, up 8 percent from the same period last year.

China celebrates its National Day on Oct. 1. This year saw the Mid-Autumn Festival fall on the same day, overlapping with the weeklong National Day holiday and thus extending the holiday to eight days until Oct. 8.