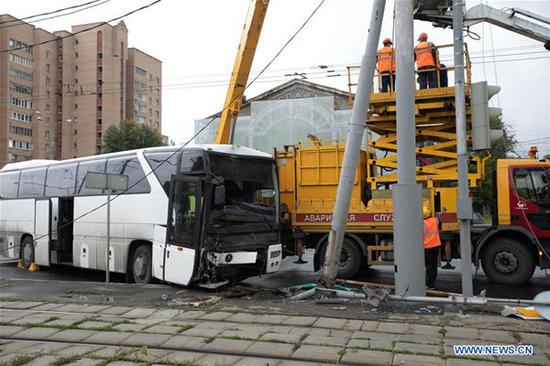 The injured have been taken to the hospital for medical check-ups.

The bus carrying more than 30 people was bound for the ancient town of Suzdal in the Vladimir Region northeast of Moscow.